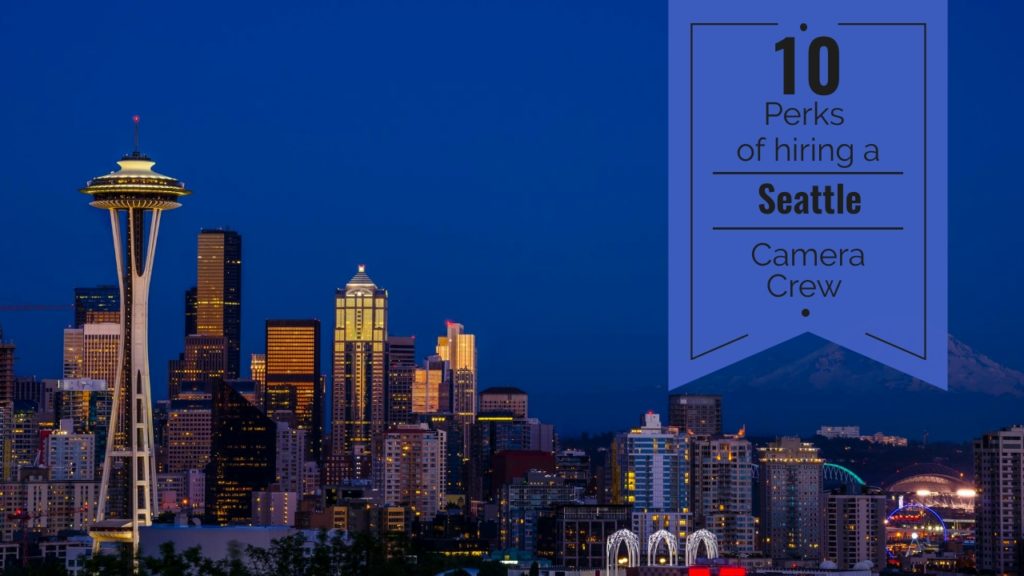 10 Perks of Hiring a Camera Crew in Seattle

Known as one of the world’s greenest cities, Seattle is home to a unique blend of art, culture, and nature. In terms of video production in Seattle, there is no shortage of beautiful scenery or interesting architecture the put any film over the top. At Beverly Boy Productions, our clients trust us when they need to hire a camera crew in Seattle. The decision to visit this city is already a no-brainer, but for those still on the fence, here are the ten best reasons to find a film crew in Seattle.

From food to music to comfort and of course, gambling, Angels of the Wind Casino has it all. Find fun and excitement at this Seattle Casino. This commercial campaign is currently running in February and March and is off to a great start. The client is very pleased with the final product and already getting positive results from the commercial TV launch for their client Angel of the Winds Casino in Seattle, Wa.

To even scratch the surface of Seattle’s culinary treats would require several column inches, so let’s make do with these two instead. For breakfast, turn to Mighty-O Donuts, which does the seemingly impossible by creating incredibly delicious organic and vegan treats. And for dinner, Belltown’s Local 360 is so named as it sources almost all its food within a 360-mile radius of the city. The restaurant works with local farmers who are taking care to preserve their land for future generations and only serves organic and antibiotic-free food. No matter what you’re craving, this city is full of amazing bars and restaurants to visit after a full day of filming or to celebrate a successful shoot with your camera crew in Seattle.

Set in the heart of America’s spectacular Pacific Northwest, Seattle makes a convenient base to explore some of the most beautiful corners of the country. Mt. Rainier National Park is only a couple of hours away and the 93-mile Wonderland Trail encircling the mountain offer incredible vistas of meadows, glaciers and the snow-capped peaks. Feeling energetic? Try the 11-mile long Kendall Katwalk, part of the 2,650-mile long Pacific Crest Trail, as it trails along the cliff face between Kendall Peak and Red Mountain. West of the city, you’ll find the Olympic Peninsula, home to many natural wonders. Hurricane Ridge offers more glacial views. Hoh Rainforest outside Forks is where Twilight was shot. The Hall of Mosses trail leads you through ethereal, temperate rainforest. If it’s wildlife you want, then head to Third Beach where sea lions frolic amongst rocks jutting out into the water. With so many parks and forests, Seattle can be a perfect setting for any nature documentary or outdoor scenes.

Whether a quick afternoon or long weekend away, the nearby islands provide the perfect getaway. Only accessible by a 20-minute ferry, Vashon is now slightly more gentrified with its influx of retirees and corporate employees, but the island maintains its hippie vibe. Pick berries at local farms in the summer, watch for whales in the winter, or hike around any time of year. Get a dose of history on gorgeous Bainbridge Island, where visitors can check out the Japanese American Exclusion Memorial, as the first group to be transferred to internment camps during WWII came from this island. Just to the north, in Suquamish, visitors can pay respects at Chief Seattle’s grave and take in the view of the city named after him across Puget Sound. The beautiful scenery and fascinating history make the islands a great place to set out with your camera crew in Seattle and get some background shots, B-roll, or film some interviews.

If you have a head for heights then you must not miss the Space Needle. Built for the 1962 World’s Fair, the Space Needle quickly became the symbol of the city and no film set in Seattle is complete without a shot of this iconic structure. The high-speed lift takes only 43-seconds to whizz you to the observation level. Views from the 605-foot tall are spectacular, and you can see the Cascade Mountains and Mount Rainier. Even if the needle is not the subject of your film, the thousands of people who flock to it every day make it a perfect place to record some sound samples and ambient noises.

The Chihuly Garden and Glass showcases at the Seattle Center display the incredible talent of the glass artist Dale Chihuly with a series of jaw-dropping indoor and open-air installations. His distinctive glass art is a mixture of colorful shimmering cones, spears, coils, and entanglements. Lismore Castle in Waterford has a turquoise chandelier designed by him.

As of February 26, 2018, film permits will be processed with “Film App,” a web-based permitting portal provided by Apply4 Technology. There is a 3 business day minimum turnaround to obtain a Seattle Film Permit for lower impact work or filming in City Parks.  Higher impact filming, including traffic control, stunts, and after-hours work, requires at least a 5 business day turnaround and may require more location prep on your end including neighborhood notification, sign-offs, and other outreach.

Laugh along with a family while they live and love a “regular” life in Seattle, WA.

The city’s climate is ever-changing, but if you expect rain, you likely won’t be disappointed. Seattle is generally quite temperate, with few days that are unbearably hot and few that are freezing cold. According to the Weather Channel, the average high temperature in winter is somewhere between 40 and 50 degrees Fahrenheit, while the daily low temperature is in the high 30s. In summer, the average daily high is in the upper 70s, with daily lows in the high 50s. Spring and autumn temperatures tend to fall in the 50- to 60-degree range. Seattle does see the occasional heat wave, and summer temperatures do sometimes rise to the 80s or 90s. Keep this in mind when looking to book a camera crew in Seattle.

When the skies are clear, the weather in Seattle is generally quite pleasant. Though the air might feel a bit sticky right after a storm, in general, the air tends to be dry rather than humid. Fog is not uncommon, particularly in the mornings near the water, and it can be dense. It’s still a good idea to bring an umbrella just in case.

Both the interior and exterior of the Central Library can make you stop in your steps. The 11-story glass and steel building can hold over 1.5 million books and was designed to let the building’s functions dictate what it should look like rather than to impose a structure upon it. For example, the library’s “Book Spiral” winds through 4 stories without breaking up the Dewey Decimal system by floor.

The neighborhood of Fremont is known for being artsy. So back in 1990, the neighborhood held a competition for a public work of art that could rehabilitate the underside of the Aurora Bridge. Thus, this colossal troll came into existence.  Look closely and you’ll see he has an entire VW Bug in his hand. This structure is one of the many cool oddities the city has to offer and would make a great landmark to film with your camera crew in Seattle.

The archeologists at Eastern Washington University in Seattle express the importance of the use of 3D scanning in their research.