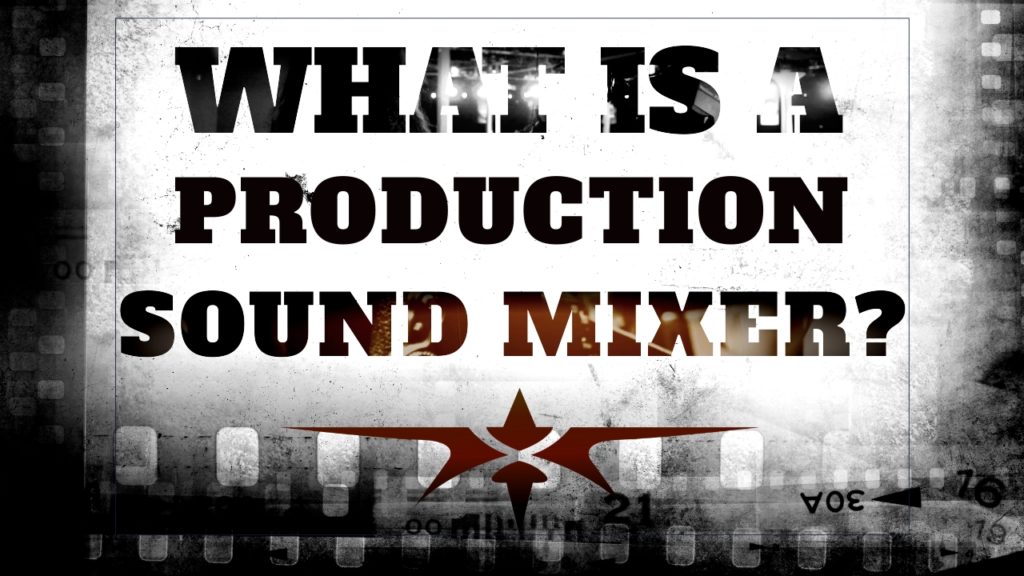 What is a Production Sound Mixer and What is their Role on Set?

The production sound mixer is responsible for ensuring that all recorded dialogue is properly heard and clear during the filming production. This is a challenging role that requires advanced listening skills. Production sound mixers work in challenging environments where unwanted noises are likely to intrude with the otherwise properly displayed emotions of the script. Mixers help to ensure proper sound despite a lack of microphone placement or the intrusion of outside noises on the set.

While some Directors will allow for the re-recording of an actor’s dialogue after the shooting, post-syncing is sometimes frowned upon by directors which means the dialogue recorded during the film production must be crystal clear and concise. Production Sound Mixers, Boom Operators and Sound Assistants place several microphones on set and use digital audio tape (DAT) or hard disk recorders to capture the emotions and storytelling that is taking place during the filming. 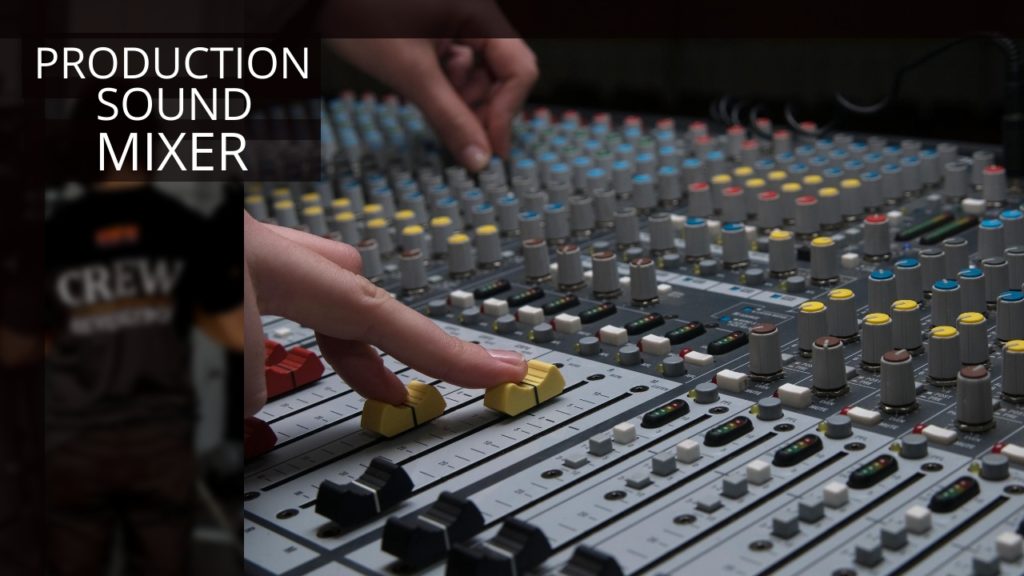 Most production sound mixers work on a freelance basis. They are found working on features and drama productions most frequently. Working hours are often long, and sets on location may be relatively far from home so Production Sound Mixers must be prepared to work on the go, and to travel.

Production Sound Mixers come into the production about two weeks prior to the first day of principal photography. They meet with the Producer and the Director to learn about the creative intentions of the film and to define the scope of the sound. Required sound may be naturalistic, stylised or it could fit some other scope pre-defined by the creative vision of the Director. During the communication with Producer and Director, the Sound Mixer will also learn about technical sound requirements and the appropriate budget for the film shoot. 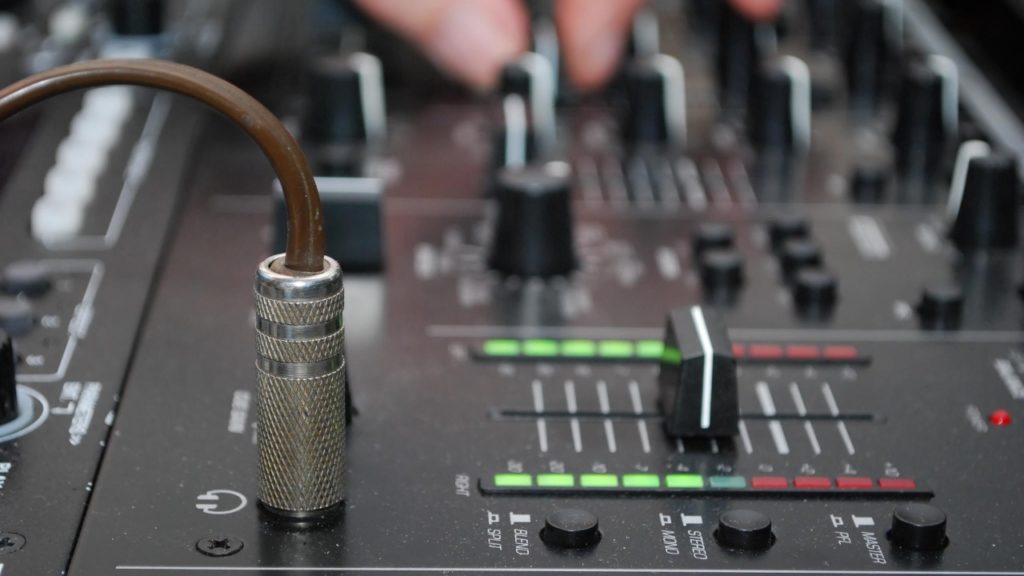 Production Sound Mixers will also meet with the Costume Department and Visual Effects Supervisors to discuss the proper placement of microphones on actor costumes as well as in or around the actors on set. At this time, the mixer may also visit the film shoot location to determine early on whether they may be any potential sound issues such as interference or outside noise that will need to be accounted for.

Sound Crews generally arrive on the film set at least 30 minutes prior to shooting to ensure their equipment is prepared for the production. The Production Sound Mixer and Boom Operator are present during rehearsal when the Director and Director of Photography run through the roles with actors on set to ensure camera moves and lighting are appropriate for the required production. During this time, the Production Sound Mixer will make a final determination as to where microphones should be placed in order to best record the sound.  During the shoot itself, the Production Sound Mixer will remain just off-set, nearby, where they check the quality of the sound after each take and determine whether subsequent takes are necessary for accuracy. 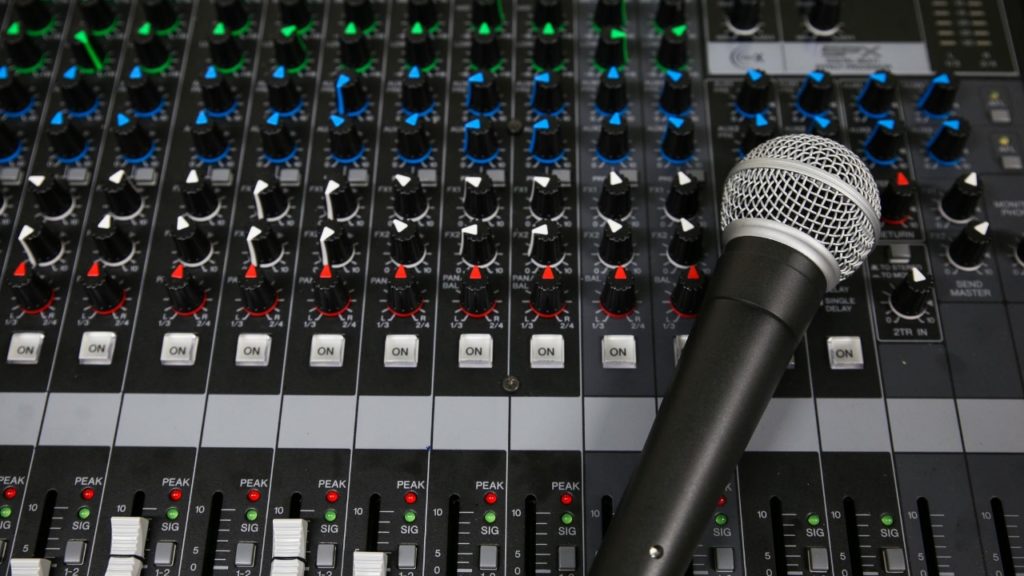 Production Sound Mixers operate with the Boom operator to ensure microphone placement for sound coverage similar to the way that the Director works to ensure adequate coverage of each scene. They may come into the set to reposition microphones as needed and to set-up or move sound equipment to ensure appropriate coverage for sound quality.

On sets where music or other background noise is required as part of the shoot, the production sound mixer will set up playback equipment and speakers for actors to produce the appropriate background noise during the film shoot. At the end of the shoot day, Production Sound Mixers will send the sound recording files over to the post production team via ISDN. They also hand over labeled originals to the Camera Assistant to ensures that the recordings are packaged with appropriate camera rushes for later editing. When the film wraps, the production sound mixer’s job is complete.

Production Sound Mixers possess several essential skills to ensure they function as needed on the film set. They generally have expert knowledge of electronic equipment and acoustics. They have professional knowledge of sound recording, playback and editing as well. Since they work both with analogue and digital recordings, Production Sound Mixers must have background with all forms of editing equipment and they must fully understand the requirements of the film shoot including the roles expected of camera, rigging, art, wardrobe, hair and makeup.

Production Sound Mixers work closely with several members of the production so quality communication skills are a must. They must be aware of set protocols as defined by the Producer and should be computer literate so as to appropriate be able to work with all equipment on the set.

Deity Microphones explains exactly what sound mixers do on set in this short video: