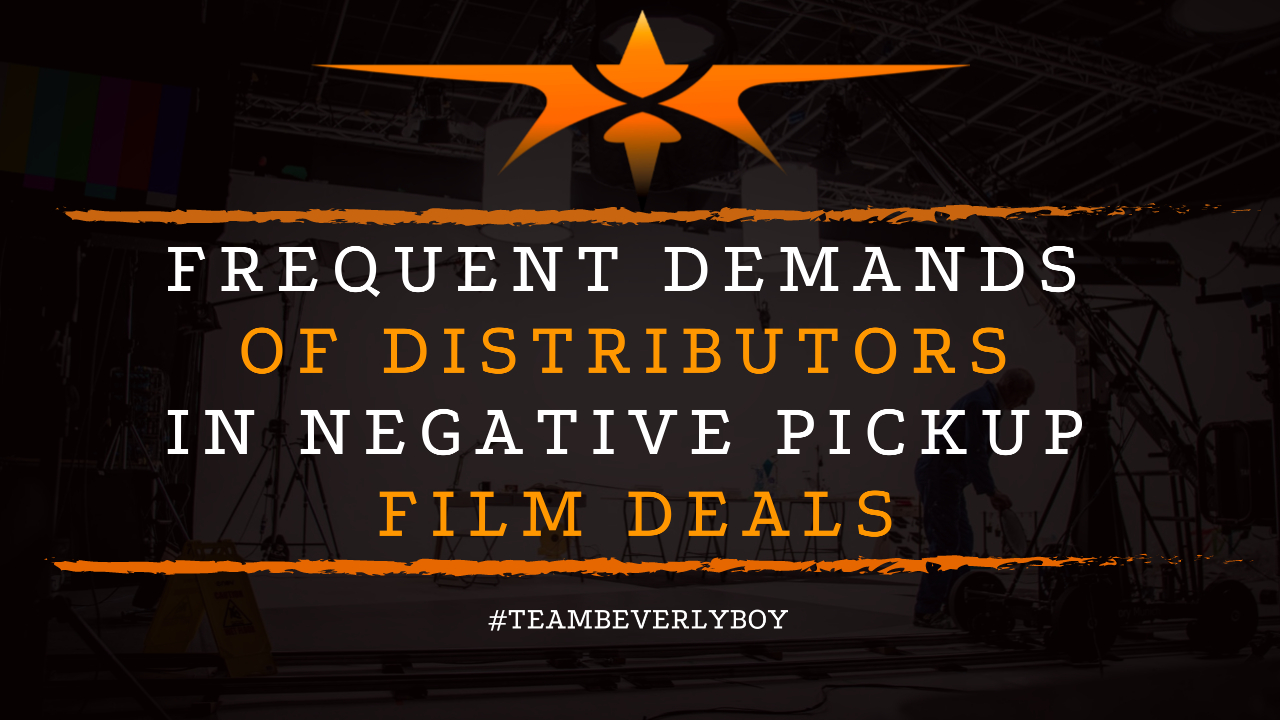 Filmmakers will go through great lengths in order to obtain a distribution deal that works for their film. Sometimes this means establishing a negative pickup deal early on. As a means of proving to banks or other financiers that they will in fact have the film sold once it’s produced. But, if you’re considering one of many potential financing options. Such as negative pickup film deals for your production. Make sure you’re fully prepared to accommodate the requests and demands of the distributor that you make your agreement with. Otherwise, you could face serious consequences or the risk of the deal going sour.

It’s actually not uncommon for a distributor to take over extensive control of the production. Should they enter into a negative pickup deal with a producer. Independent films often lose their creative direction to negative pickup film deals like this.

As a filmmaker, you must decide whether the demands of the distributor are worth the deal that’s being offered. And, if you agree to the demands in order to seal the negative film deal? You’re going to have to abide by those requests.

Before any producer considers a deal with a distributor it’s vital that they do their part to retain creative control over their production. While negative pickup film deals can come between producers and distributors that have potentially conflicting interests.

It’s very important that any agreement that is made is done so in writing. And with full potential to adhere to the terms set forth in the contract.

Keep in mind that you, the filmmaker, will have distinctly different interests in the production than your distributor will. Work with your entertainment attorney to ensure your interests are voiced, and fully covered, in your deal.

Distributors frequently request that they maintain a level of approval over the principal participants in a film as part of the negative pickup film deals they enter into.

For example, a distributor might have an exclusive agreement with a particular actor that they will not work with another actor.

Things like this occur. But it’s common for the distributor to request that any film producers they enter into negative pickup film deals with first obtain their approval. Before allowing principal participants roles in their productions.

This allows the distributor to deny roles for those whom they do not wish to have represented by their distribution for one reason or another.

However, this also gives them some leverage of control over the outcome of the film production as they are able to curb the actor’s presence in the film.

Distributors also often request pre-approved contracts entered into between the producer and other participants or outside vendors. This might be, again, due to other agreements that the distributor has with vendors on exclusivity.

Distributors may also request this so that they can keep tabs on what’s happening with the production, who they’re paying, and why.

At the end of the day, allowing the distributor the ability to pre-approve contracts doesn’t always largely impact the creativity of the production the way dictating cast and crew would.

But it’s still something that the filmmaker must be prepared for when entering into negative pickup film deals.

As you can see, there are many areas where the distributor can jump into negative pickup film deals. Taking over leadership or control if the filmmaker isn’t careful.

Before you enter into any agreement, make sure you’re prepared to be 100% on board with the requests that are made. Or that you don’t enter into the agreement in the first place!