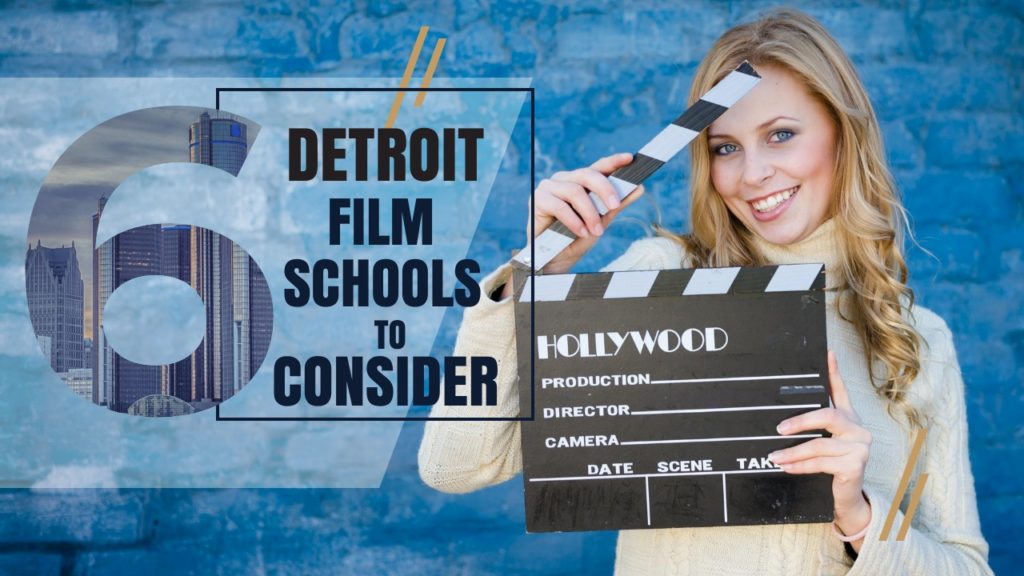 Detroit, Michigan has a great film industry and there is no lack of educational opportunities for aspiring filmmakers who want to prepare to enter the arena. From large to small film schools in Detroit, there are many options that you can consider when looking for the best fit. We’ve compiled the Top 6 Detroit Film Schools for those who want to become top filmmakers by receiving quality training that will help you succeed in a career in the Detroit industry.

From traditional universities with special film programs to schools dedicated to your craft, there are many schools that offer great options for your career preparation in Detroit film production, photography and the visual arts. When you study the core principles of film, you are more better prepared for success in news studios, major film companies, and advertising agencies. 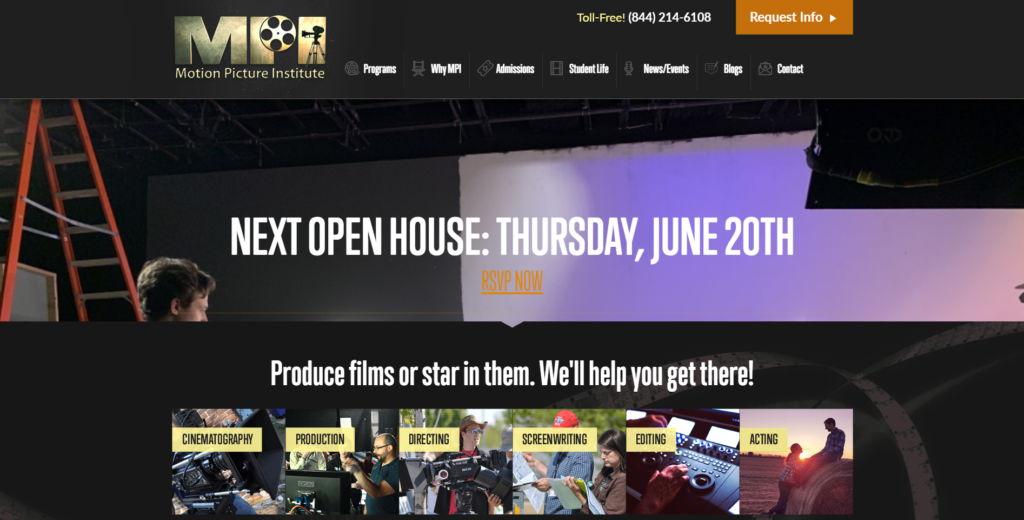 Dedicated to developing students to have careers in film, the MPI is a great option as it allows students to develop real-life skills that they will be using when they graduate. With a program that has each student writing, shooting, editing, and directing, you can be sure that you will learn a lot in this year-long course. 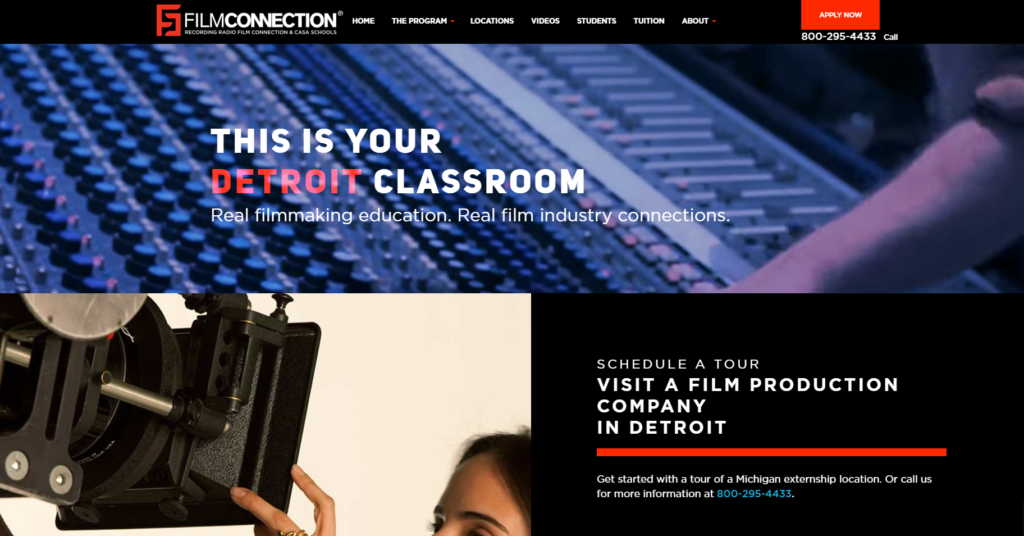 Film Connection offers programs all over the place and is a well-known staple in the industry. For aspiring filmmakers, the specialized Film Production and Editing Program will provide you with a clear and concise course to follow that will teach you everything from directing to producing, screenwriting, and cinematography.

The school has several different undergraduate programs with film as a popular one. Wayne State states on their website that ‘the major in film prepares students for careers as film/video makers, professionals, and scholars who can create, interpret, and critique film as a visual and narrative art form.’ The program covers everything from screenwriting to video production, analysis, and history, making it a well-rounded course for any aspiring filmmaker. Having Wayne State on our list of top 6 Detroit film schools just makes sense! 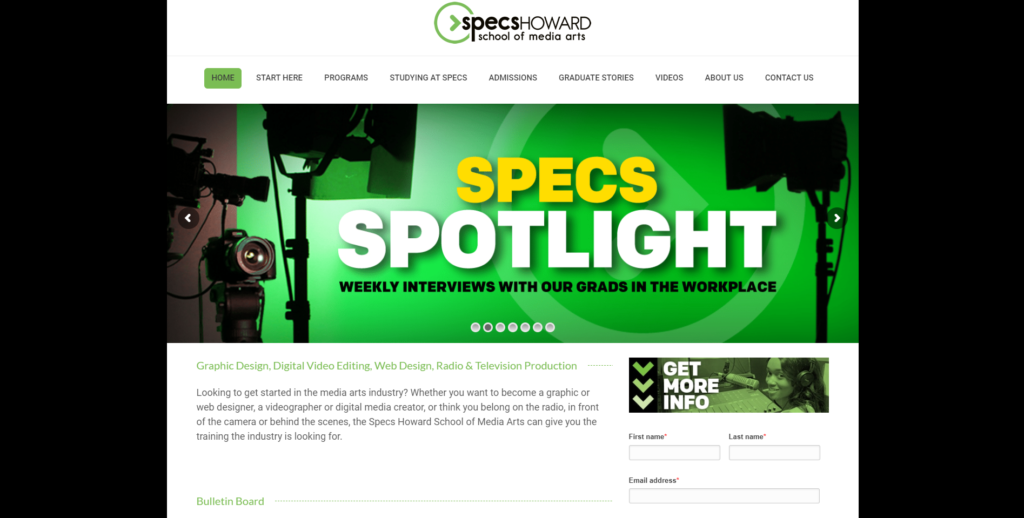 As a school of media arts, Specs Howard has a great film program for those aspiring to become successful filmmakers. With a digital media program that includes training for video and image production, technical operation, and hands-on experience, as well as script writing, image manipulation and HD camera operation, and more, you can be sure that you’ll leave the program well-equipped for a career as a filmmaker. 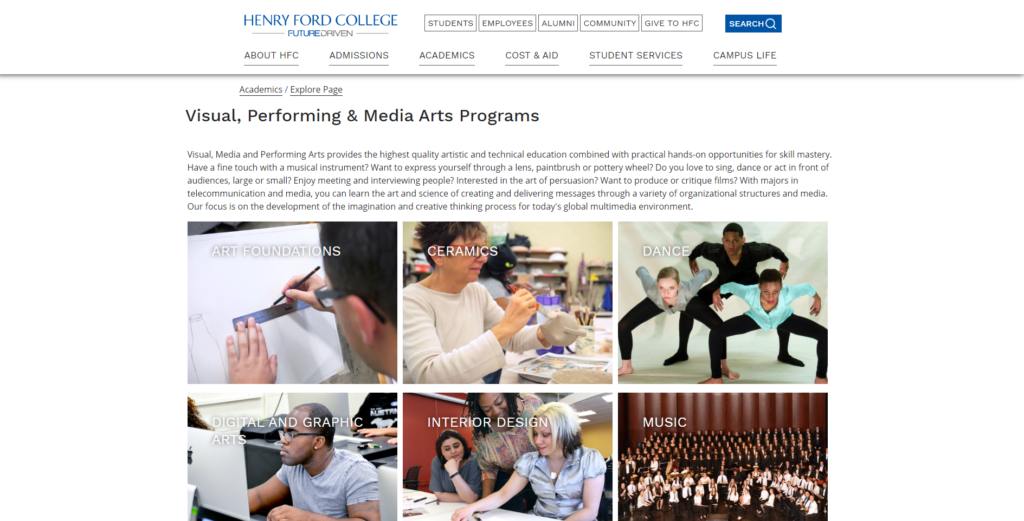 This well-known Detroit school is a favorite for people who are hoping to pursue any type of career related to the arts, whether performing, media, or visual. Potential filmmakers will find the telecommunication program to be a fitting one for learning everything from video and audio production, telecommunication history, film, media writing, and even performance. The school also offers hands-on experience for students to put theory into practice. 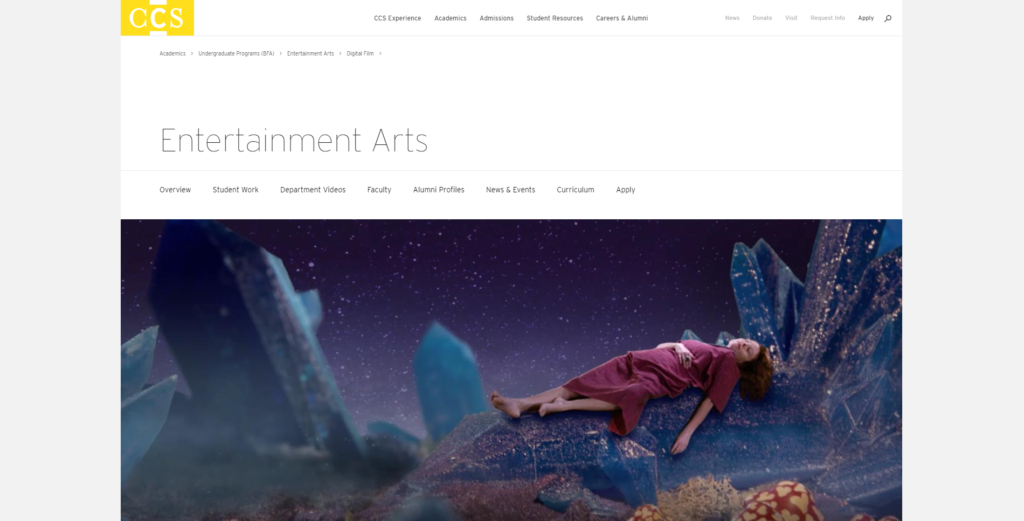 College For Creative Studies is well-known for its programs geared towards creative careers, making it a great option for Detroit students who aspire to become filmmakers and leaders in the industry. The Entertainment Arts program offers you the chance to become a creative director, screenwriter, cinematographer, VFX artist, editor, producer, and so much more, making it a viable option on our list of top 6 Detroit film schools.