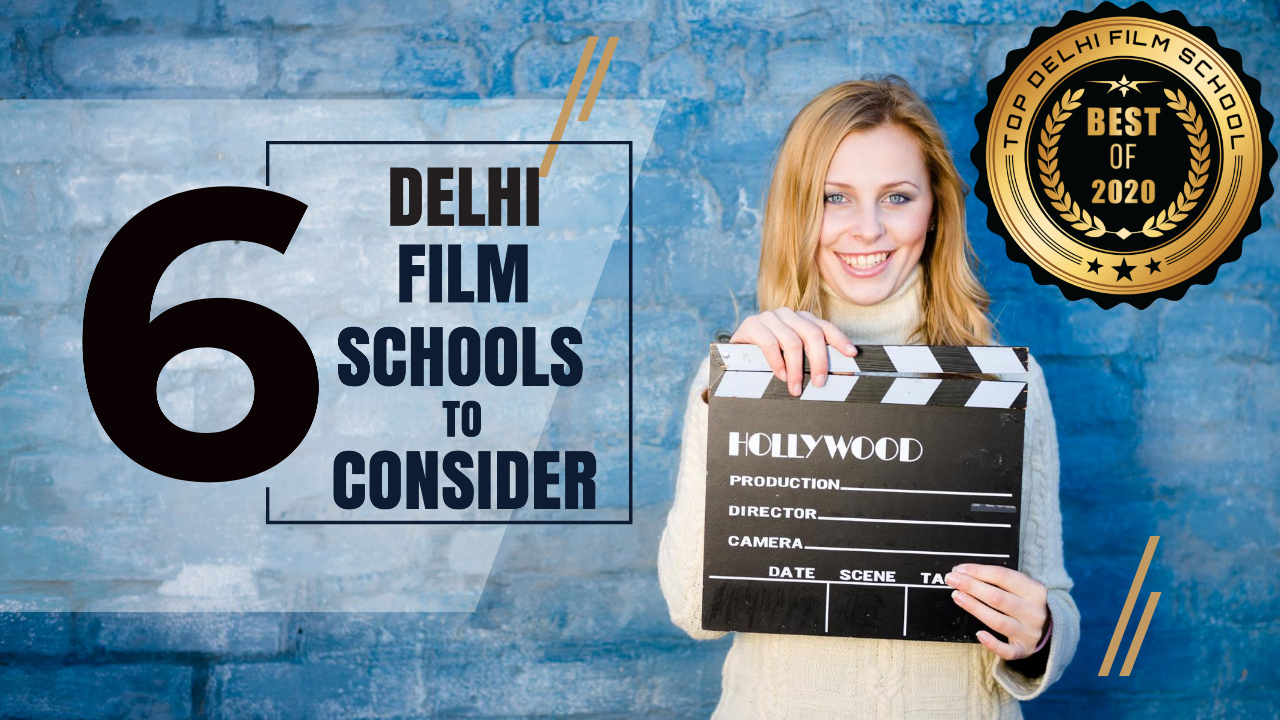 Delhi, India, provides ample opportunity for aspiring filmmakers to develop their media skills. Whether you’re considering large or small Delhi film schools, continue reading to learn more about the options available in Delhi. All of the schools listed below provide community and networking while offering Delhi filmmakers specialized training for the advancement of their careers in the Delhi industry. These film schools feature programs that range in intensity. Several offers hands-on training, while others use a more traditional approach. Each film program is unique.

Obtaining a role in Delhi video production comes with several challenges that are best understood by those who have active roles in the industry. We realize the challenges faced by aspiring students and want to help you make an informed decision. These schools prepare graduates for roles in Delhi film production,  media, television, and fine arts by teaching core principles of filming, editing, and production. Graduates of these programs often land careers with major film companies, news studios, and advertising agencies, or they make the decision to work independently.

CRAFT Film School center for research in art film and television provides several course options for those seeking admission to a film school. Programs train students in journalism, radio, film, direction, acting, sound recording, and virtually all aspects of media. Degrees include Bachelors’s and masters in communication. CRAFT is a non-profit organization, is NOT affiliated with any university system, and operates on a corporate level versus the traditional, bureaucratic approach used in most Dehli film schools.

The Delhi Film Institute prepares graduates for careers in film by providing several opportunities for further education, including various undergraduate and postgraduate degree options as well as short-term workshops. Students are often placed with major media companies following their time spent at the Delhi Film Institute. Delhi Film Institute is a revolutionary school that utilizes advanced curriculum and training to prepare students for demanding roles in the film industry.

AAFT Film Academy provides various Bachelor’s and Master’s degree programs to support students in their goals to work in cinema. Courses range from acting and cinematography to direction, post-production, and editing. Programs at AAFT Film Academy, much like several other Delhi film schools, vary in length from a duration of 3 months for certificate programs, to 3 years for Bachelor’s degree programs.

Matrikas Film School offers several opportunities for students interested in learning the craft of screen presentation. Located in the heart of India, alongside several other Delhi film schools, Matrikas trains students in a multi-disciplinary approach that utilizes an immersion experience to produce professional filmmakers. All courses are taught by professionals that are actively participating in the film industry. Proactive, creative, and dedicated students are welcomed to apply for inclusion in the Matrikas Film School community.

Whether you only have time for a quick course or want to go all in when it comes to your studies in filmmaking, RK Films & Media Academy offers you the chance to get a certificates and degrees in the fields of journalism, advertising, marketing, as well as radio and TV journalism. The school even offers modeling and voice dubbing courses, making it a highly versatile option in the area. From mass media to journalism, the RK Films & Media Academy is a school that offers a high-standard of education.

Whether you want to get a bachelors in acting or directing, as well as cinematography and journalism, there are options available at Parpadan Films and Theatre. The school also offers post-graduate degrees for those seeking to further the education they already have. With a humanistic approach to learning and filmmaking, this school provides a way for students to add their own touch to everything they work on.