What to Know When Hiring a Camera Crew in Seoul

Beverly Boy Productions knows that sometimes you need a film crew in international cities, and that is why we offer crews all over, even in Seoul. When you are ready to film in this amazing region that has history and landmarks dating back more than two thousand years, give us a call! In the meantime, check out some of the things you need to know before you choose a camera crew in Seoul. 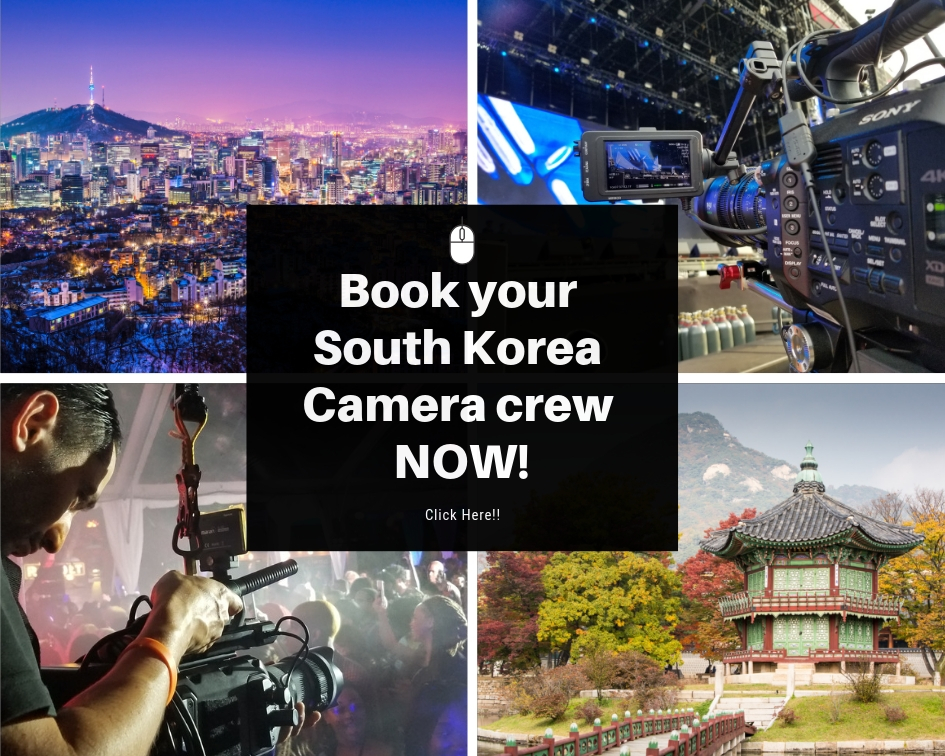 One thing you should know before you book a camera crew in Seoul is that the city is full of destinations you have to see. Narrowing them down may be hard to do, but there are a number of locations near one another that you can mark off your list in one swoop if you plan your touring schedule just right. Two such places are the Ganghwa History Museum and the Ganghwa Natural History Museum, both at the same location opposite Dolmen Park (which is another tourist attraction you can check out). It will take around two hours to view both museums, and you can add in about another two hours for filming, which will leave you with plenty of time to catch other nearby attractions. These museums are in a modern building and showcase life in Korea from prehistoric times to recent history. You will also see stone gardens, statues, and a small petting zoo.

If you want to film in a beautiful natural setting, Sondo Central Park is the place for you to be. This large park not only offers many activities, like cycling, jogging, walking, and more, but it also has a number of luxury hotels right in the park to make your stay convenient. You will also find a number of cafes in the gardens and an international luxury restaurant on the grounds. If you are only able to hire a Seoul camera crew for a day and want to get some footage of beautiful South Korea, then this is the place to be.

Another great attraction is this small temple near Incheon International Airport that gives you much quiet reprieve from the bustle of the city. Here, you will see various buildings that house monks and feature the writings of Heungseon Daewongun hung on the walls, as well as a tall statue of Maitreya. Perhaps one of the most beautiful sites at Yonggungsa are two 1,300 year-old zelkova trees out in front of the temple. You can hire a cameraman to show you this gorgeous location and film a few shots of it for you next film.

Have you ever gone to a spa and enjoyed a hot bath? Well, in South Korea, these spas are all over. You can enjoy such a spa at Spasis, the biggest spa and sauna centre in Incheon. They provide cave rooms, a computer room, swimming pools, a movie theater, a children’s room, fitness room, billiards, and restaurants for you to enjoy while you are here. You may be too busy relaxing to film!

When you are choosing the camera crews for hire in Seoul, find one that can take you to Wolmido Island for a day trip of filming incredible B-roll or interviews with a stunning backdrop. This island features a big amusement park with adrenaline-pumping rides. It also has Wolmi Traditional Park, where you can relax among gardens, ponds, and serene buildings, and film here, too!

Of course, no matter where you film, you should always consider the history and culture of a place. Placed on the Han River, Seoul boasts more than two thousand years of history. It was founded in 18 BC by the people of Baekje, one of the Three Kingdoms of Korea, and was the capital of Korea under the Joseon dynasty. Since, Seoul has become a hub of activity and culture, both embracing its past and making technological advances that make it a competitor in today’s fast-paced market, which means that a video production in Seoul is on the cutting edge and will offer amazing scenery.

Speaking of culture and tradition, the Korea Traditional Cultural Experience Center is another place for you to film at when you hire a Seoul camera crew to help you capture what this beautiful city has to offer. Before you even leave the airport, you can stop here and learn about Korean culture, join a craft workshop, take in performances, or view and purchase traditional cultural Korean products.

Have you stopped to consider the climate? Any camera crew in Seoul you hire should be able to assist you in picking out the perfect days for your film based on the climate that Korea experiences. In Seoul, the climate is continental with very cold winters and hot, rainy, and humid summers, so remember that when you are choosing dates to film your next production.

When you find a camera crew in Seoul, ask them about permitting. Just about any crew you hire will be able to help you with obtaining the proper permits for filming, but it is always best to check before you hire them. Filming b-roll does not require permits. Aside from that, you will need to work out where you should film on what days because the area gets busy with tourists on the weekends. Subway filming requires permits, as does drone filming, and it can take 2-3 weeks to have those permits approved.

You have taken the tour, relaxed at the spas, seen the sights, and done your filming. Now, it is time to eat! Some of the best food in South Korea can be found here, and you will not be disappointed, no matter where you stop to fuel up with your camera crew in Seoul.