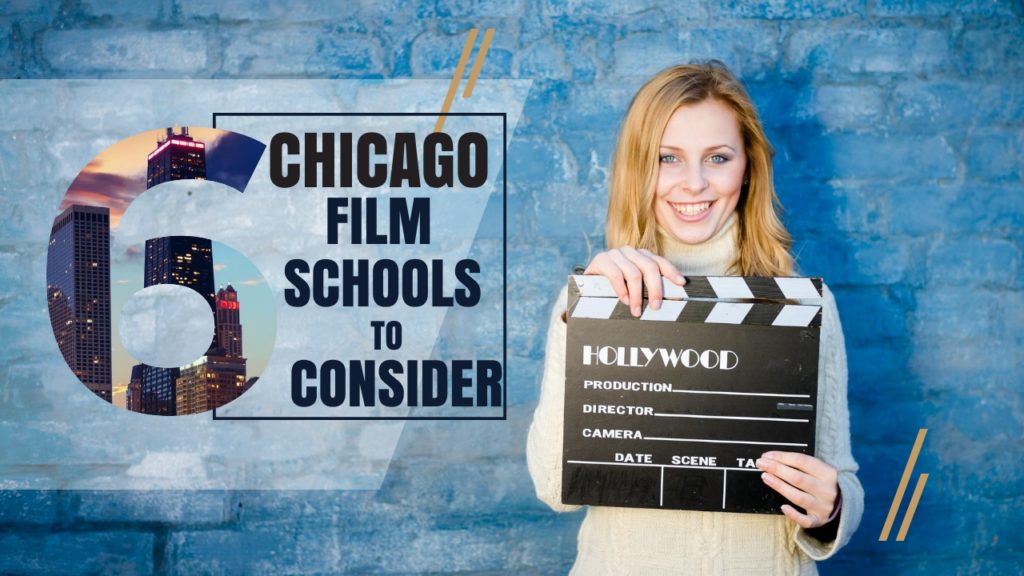 Chicago, Illinois has a happening film industry, making it the perfect place for aspiring filmmakers to get their feet wet.  If you want to find reliable film schools in Chicago, you’ll find our list of the Top 6 Chicago Film Schools have both large and small options for you to choose from. These schools offer communities where budding Chicago filmmakers can receive the hands-on training that will help to propel them forward into a successful career in the Chicago industry. These schools have programs that range from traditional teaching to more hands-on, programs. Either way, each one has a top-notch film program that could do a lot for you.

Many of these options prep graduates for careers in Chicago film production, photography and the visual arts. Studying the principles that have to do with filming and production can help to ensure that you become a well-rounded filmmaker ready to get a job in major film company, news studio, or advertising agency when you graduate.

A recognized film school, there is no doubt that DePaul is a great place for one to study cinematic arts. Because of the state-of-the-art facilities that offer everything from top-notch cameras to professional soundstages, it’s a favorite for many. The film program offers a BA and BFA in Film and Television that covers everything from cinematography to producing, directing, screenwriting, documentary, sound design, and so much more.

Have a knack for all things funny? This school offers a focus on comedy so that you can achieve your career path in a style that fits your niche. The Filmmaker Program is specifically designed for the comedic world, with a focus on comedy training, film history, writing, and film production classes. You may walk away from the school ready to film the next big sitcom.

The Columbia College Chicago offers a Cinema and Television Arts program that will get you completely prepared for a career in film, emerging media, and television. You can get a BFA in Cinema Art and Science or a BA in Television. You can also go for a Filmmaking BA or an Interdisciplinary Documentary BA. Last but not least, the school also offers a BFA in Television Executive Producing and Entrepreneurship. For graduate degrees, you can get a MFA in Creative Producing or one in Cinema Directing. With so many different degrees, its no wonder this school is on our Top 6 Chicago Film Schools list.

What college for the arts would be complete without film? The AAA offers every program you could think of for the arts, including a Bachelor of Fine Arts in Photography that covers the use of video and audio recordings in the arts. The Art Direction BA is also a convenient program for those who want to pursue a career in advertising and managing different types of media. 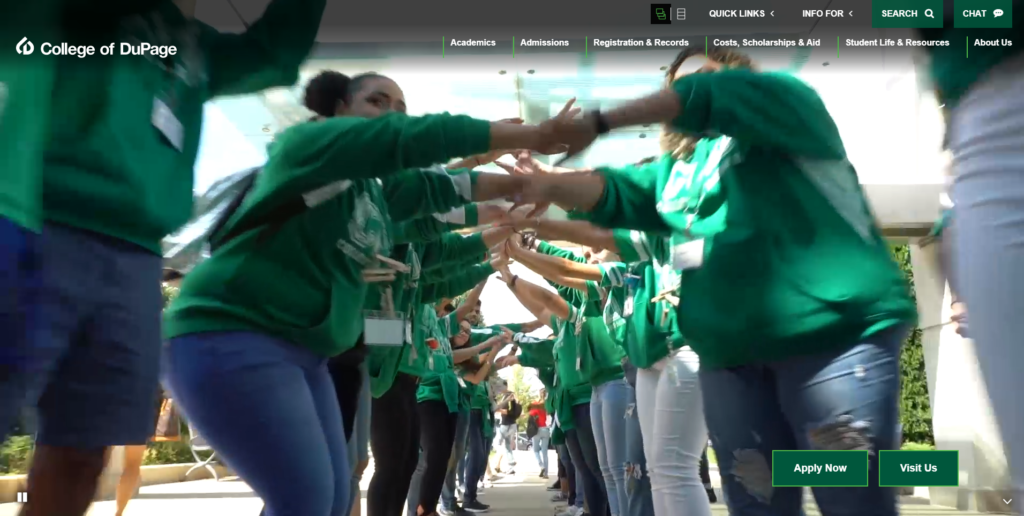 This accessible school offers programs ranging from Botany to Chemistry and of course film. The Film/Video and Motion Picture/Television Home programs allow for students to learn all they need to know about film and video production. It offers courses for those who are learning the basics of Film/Video Aesthetics and those who are more advanced who want to learn Pre-Production, etc.

6. The University of Chicago 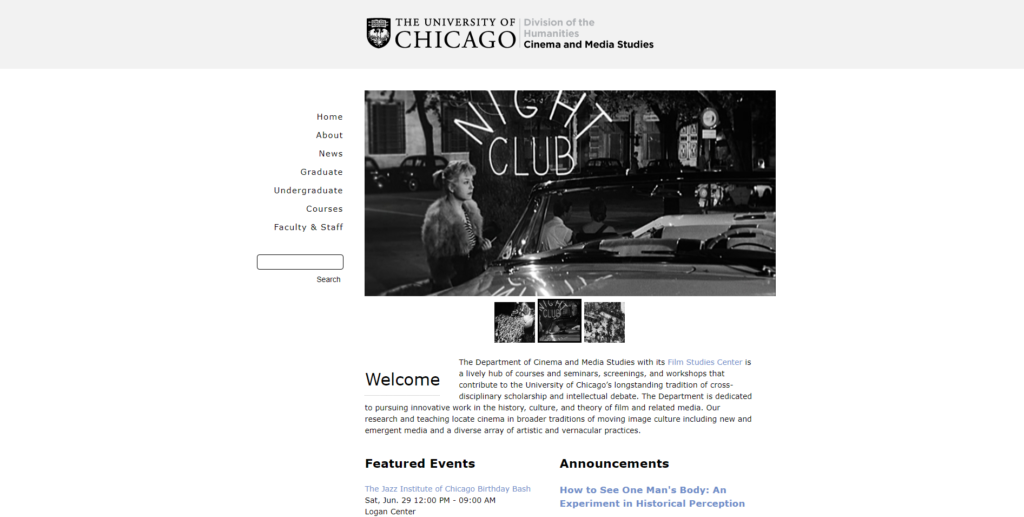 As one of the most recognized schools in the area, those who are looking for more traditional programs may appreciate what the University of Chicago has to offer in its Cinema and Media Studies. The school’s Film Studies Center will allow you to attend many screenings, seminars, and workshops as you learn everything from the history to the culture and theory pertaining to film and media. From a major in Cinema and Media Studies to a P.H. D, there are opportunities for everyone, making it an important part of our list of the Top 6 Chicago Film Schools.