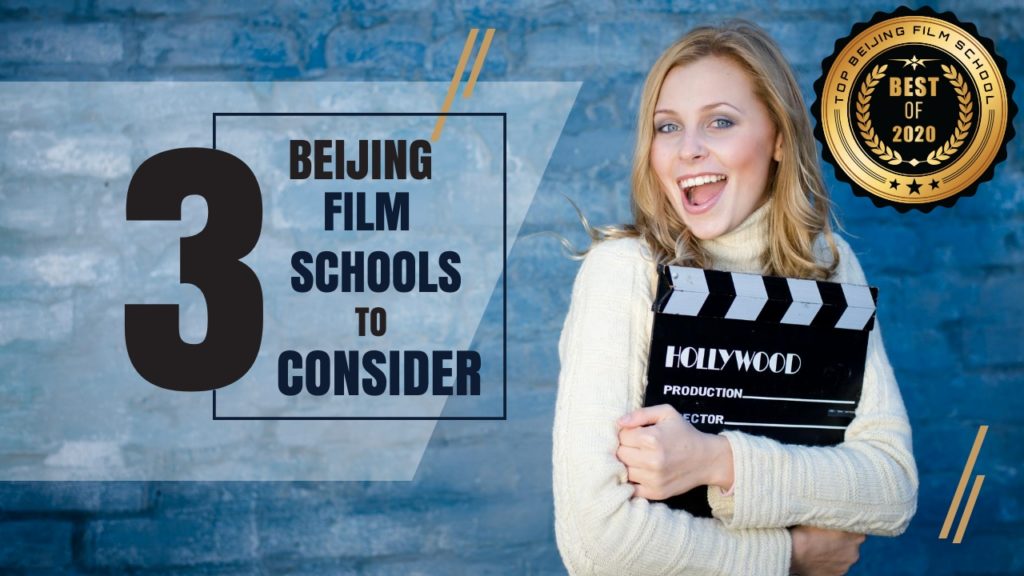 Beijing, China provides aspiring filmmakers with a robust film industry with which there is no shortage of Beijing film schools to choose from for furthering education. If you’re considering a career in film, check out the schools listed below and see if any of them seem like a good fit for your educational goals. The schools offer enthusiastic Beijing filmmakers access to one-on-one training and support to help them launch an advanced career in the Beijing industry. Programs vary at each school from hands-on to traditional, offering a diverse set of options for those seeking a stellar film program.

We realize the challenges faced by those seeking a career in Beijing video production. Several of the schools listed below prepare graduates for advanced careers in Beijing film production, digital arts, visual media, and photography. Students who closely study the core principles of filming, editing, and production can often find exceptional career paths with major film companies, news studios, and advertising agencies, or they may pursue self-employment endeavors. 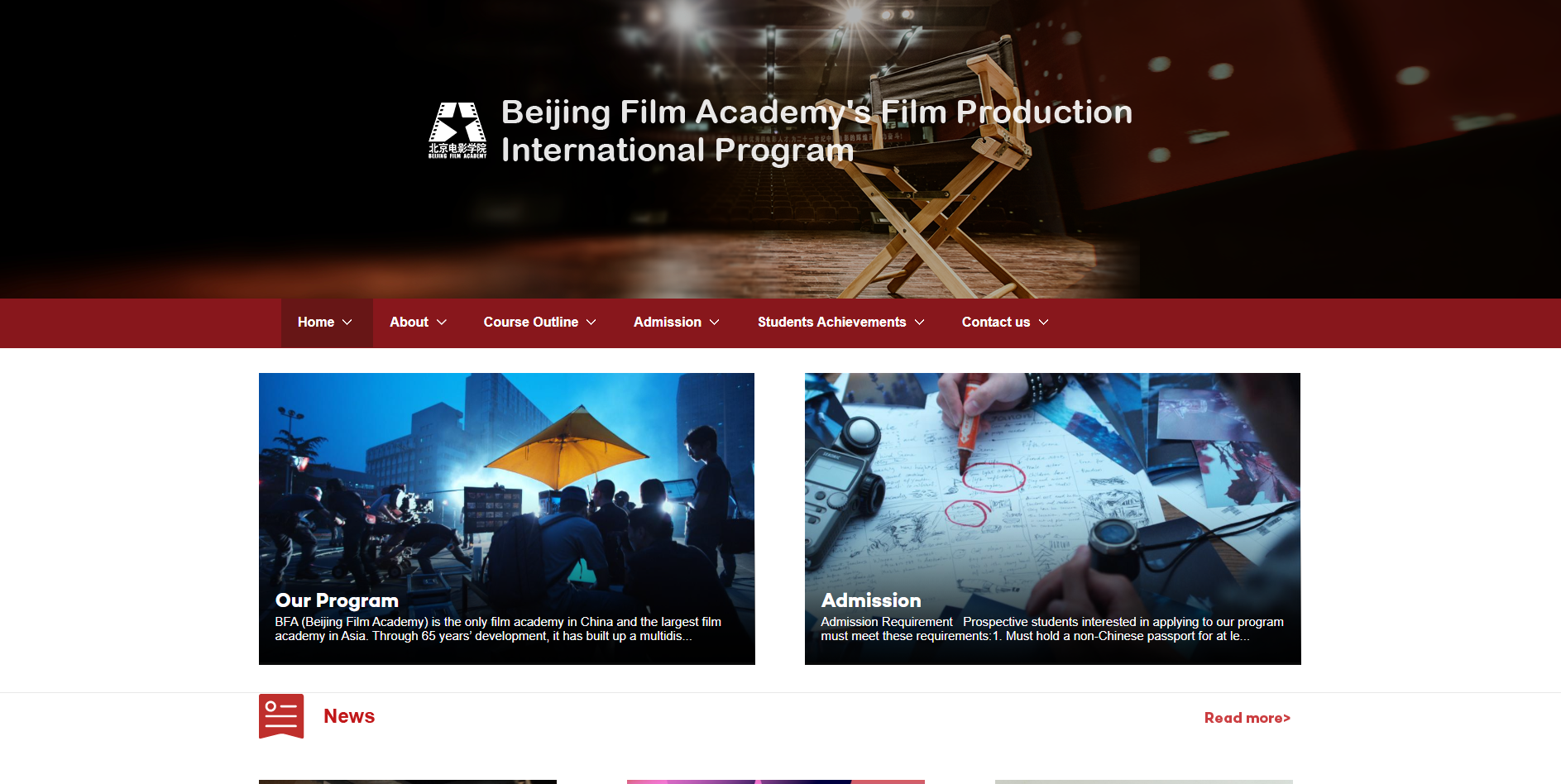 One of several Beijing film schools, the Beijing Film Academy’s Film Production International Program, prepares students for careers in filmmaking by providing a multidisciplinary approach to education that includes courses on production, creation, and equipment, as well as various other topics. The 4 Year majors include Directing, Cinematography, and Post-production, which provides students with hands-on experience with top-of-the-line equipment. Beijing Film Academy’s Film Production International Program is taught in English throughout China to provide students with advanced communication skills in addition to shaping the ways that students learn and grow. For additional information, visit the website or contact a representative. 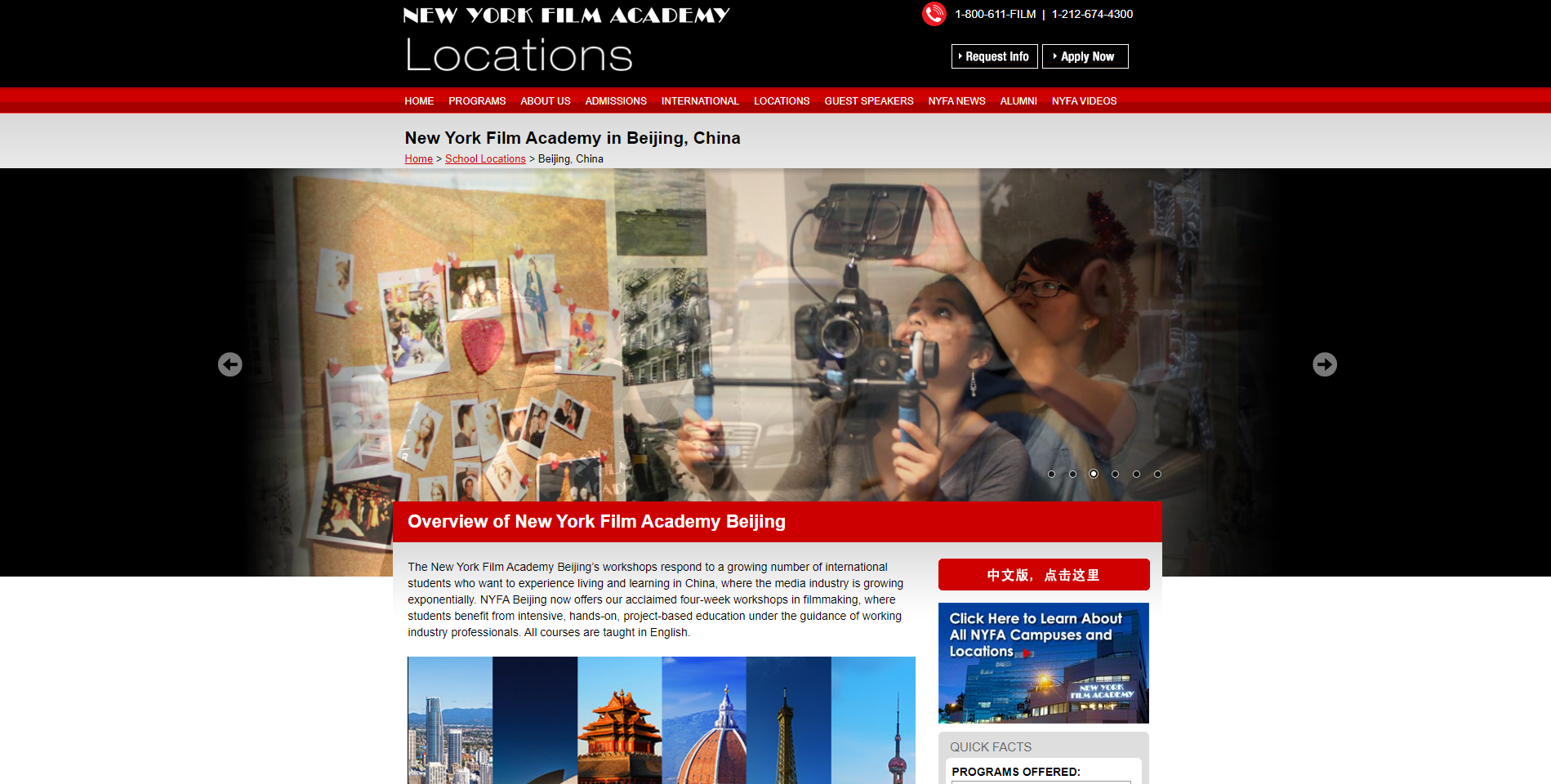 The New York Film Academy Beijing, China location provides workshops and courses in advanced Beijing filmmaking to support students seeking a career in the production industry. Like several other Beijing film schools, this school helps students to learn through intensive, hands-on education that is taught in English to encourage strong communication among its students. Film classes include Director’s Craft, Digital Camera and Lighting, Editing, Sound Recording, and 4-week intensive training in which students write, direct, shoot and edit their own short films. Beijing filmmakers will achieve several projects when completing film school at the New York Film Academy of Beijing. These include Continuity, Music/Montage Film, and a Final Film. All films are written, directed, and edited by students. 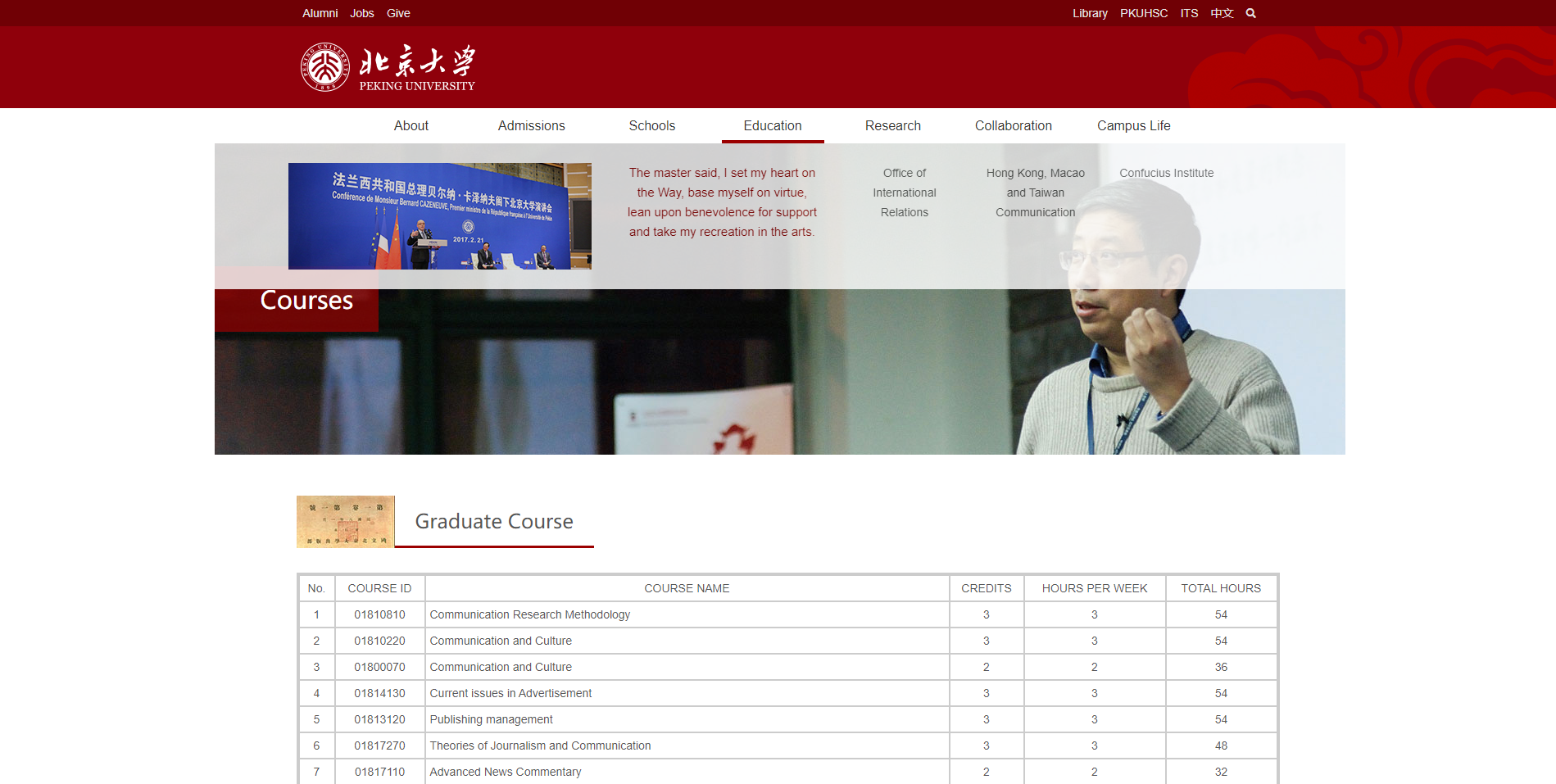 Peking University School of Journalism and Communication engages professionals in journalism and communication through advanced coursework in technology and foreign language. Undergraduate majors include Publishing and Editing, Journalism, Advertising, Radio & T.V. Broadcasting, and Mass Communications. Masters Programs in International Journalism, Journalistic Communication, and Advertising, as well as several other degrees, are available from this and other Beijing film schools. Students receive advanced training for an outstanding education that helps them to advance their careers in film and media.