Have you ever wondered how it is that they put motion into motion pictures? For instance, do you wonder how it is that filmmakers are able to make a seemingly stationary object that does not move appear to be moving? Phil phenomenon in film is an illusion of movement such that visual perception gives the audiences the illusion that an otherwise stationary object is moving. This illusion, which is knowns as the phi phenomenon, frequently occurs in filmmaking.

What is the Phi Phenomenon meaning in Film?

If you’ve ever watched a motion picture, you’ve almost certainly been exposed to the “phi phenomenon” in action.

According to cognitive scientists, the “phi phenomenon” is a psychological event in which we automatically form a mental bridge between frames.

As such, our brain interprets still images filling the gaps between them so that these images of still objects appear to be moving.

Phi phenomenon essentially forms the basis for which motion pictures are designed and produced from. Check out this visual explanation of the phi phenomenon to get a better understanding of how it works.

In the example, there is a still image of two red balls as well as what appears to be a moving image of a red ball.

But, the creator of the example goes on to tell us that the moving image of the red ball is in fact the same as the image below. Except it’s one red ball on the right.

Followed by a red ball then shown on the left. When the balls are show in succession, the rapid sequence of change between the balls makes it appear as if the red balls are moving.

When in fact, we see just two stationary balls. This is a perfect example of the phi phenomenon!

Phi Phenomenon in Action in Film 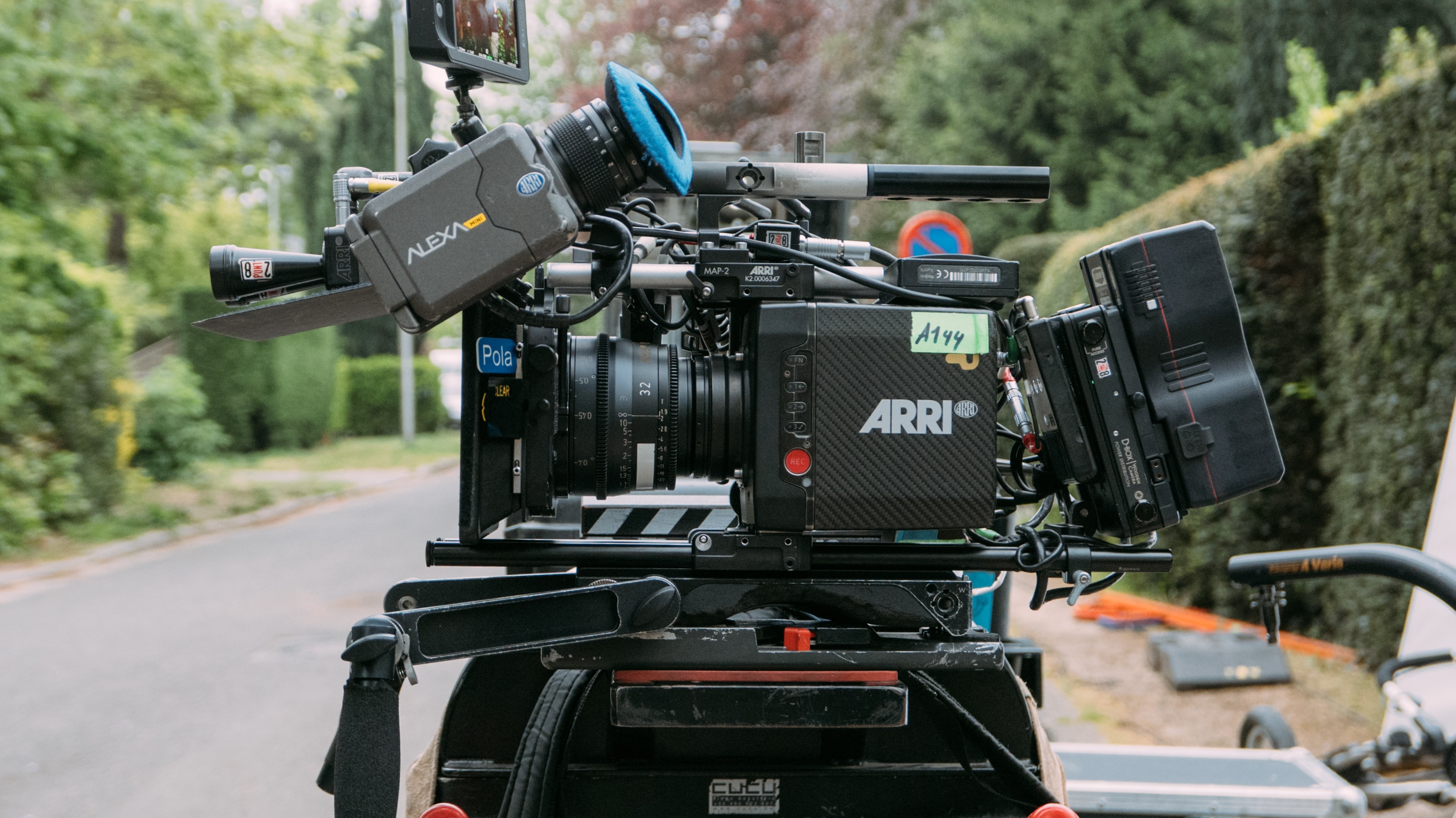 Did you know that a motion picture is literally just phi phenomenon in action? Rapid succession of images that are shown one after another causes our vision.

All in order to naturally perceive the images as movement if they are closely related.

Thus, phi phenomenon meaning in film really represents perception of or the illusion of movement that takes place when a string of images are shown in succession, one after another.

Phi phenomenon is actually visual in nature. The perceptual illusion of motion that is produced when various stationary or immobile images are shown in succession on a screen.

Allowing humans to form a bridge in which the movement appears continual. Despite the series of images in fact referencing several objects that are in fact not moving at all.

The amount of movement, or the extent to which humans see these images in a means in which phi phenomenon depends on what is called an interstimulus period.

This is the period of time in which the motion bridge is prepared. Thus it refers to the total amount of time between one still image to the next that may elapse.

Or else the images will flash at seemingly the same time. Which will take away the effect or illusion of movement and render the images flashing.

Classic phi phenomenon basically states that images will look like a blur, may show distinct lines. Or will appear to have a cloud of background color if the interstimulus is not planned just right.

It appears that the ideal interstimulus period is somewhere between 30 and 200 milliseconds the illusion is that of movement.

Rather than individual flashing or otherwise separate images on a screen.

Phi phenomenon is still not fully understood by scientists as they continue to work to establish understanding of what phi phenomenon and illusion of movement truly means for humans.

However, there are certainly a variety of different theories and ideas around phi phenomenon, the illusion of movement, and the role that beta movement or phi phenomenon plays.

When it comes to encouraging the brain waves and optic nerves to communicate movement.

According to some studies, phi phenomenon is has close ties to the brain. But only in the perceptual system.

And, like persistence of vision, is a partial explanation of cinematic vision and how motion pictures work.

There’s a lot more for scientists to learn about how humans receive video content, and how digests it but also how it is processed.

These studies believe that our visual system actually fails to detect any true difference between successive images shown in static frames of motion pictures.

And the true continual changes in images taking place in natural motion.

These studies contend that although the brain acts similar to a computer? It is certainly not as fast as a computer nor can it process as quickly.

In order for our brains to compensate for slower information processing, it is possible that the brain uses natural shortcuts and image construction strategies.

To keep up with the incoming information that we see, including that related to images which may, or may not, actually be moving.

The Basis for Early Motion Picture

Thus, phi phenomenon meaning in film basically forms the basis upon which the earliest motion pictures have been formed around.

Since then, scientists and filmmakers alike have spent decades trying to figure out exactly how the brain processes image perception.

And what steps can be taken within the industry to improve motion picture delivery by further understanding phi phenomenon.

And how the brain automatically digests and compresses images to save time.

We’ve certainly come a long way! From the earliest flipping cards which portrayed cartoon-like illusion of motion in the early 1900s.

To the advanced motion pictures that are seen on screens today.

But continual improvement is the way of the world. Thus, scientists continue to study the phi phenomenon in film meaning.

And how it relates to the way audiences engage and experience motion pictures now and in the future.