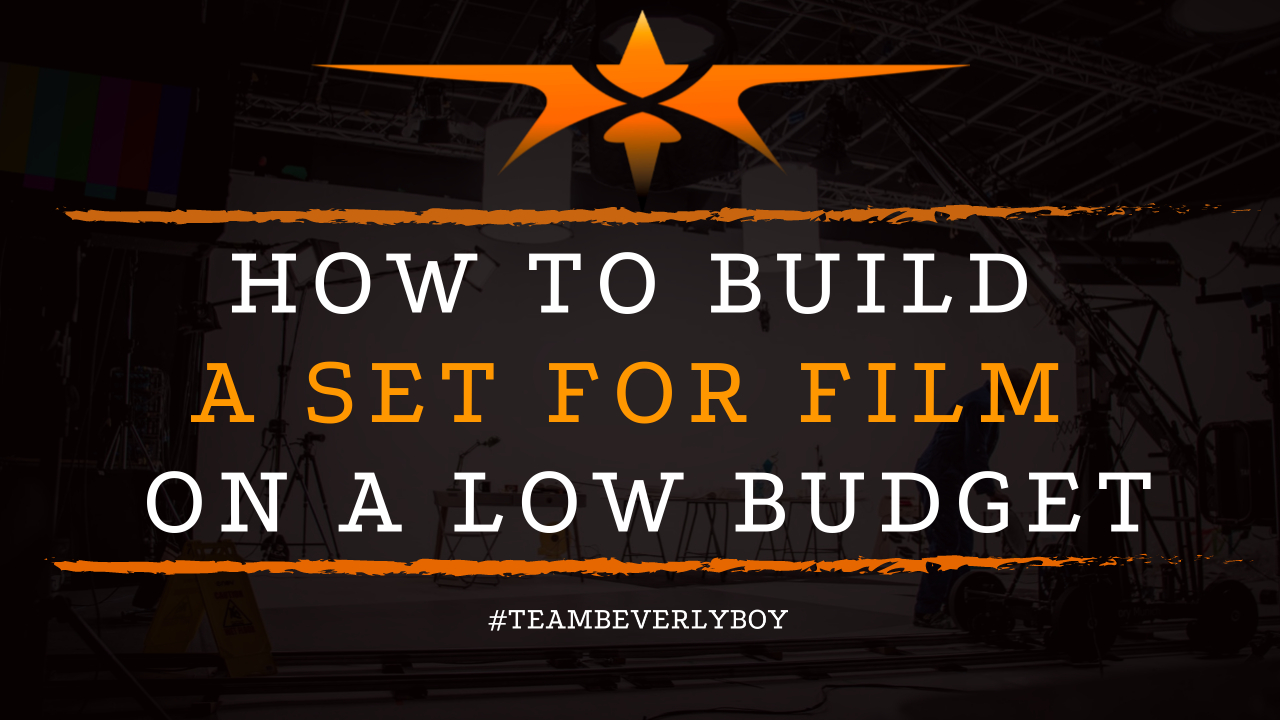 How to Build a Set for Film on a Low Budget

When you watch a feature film, do you think about all of the working parts that go into producing the film? Are you considering how elaborate each scene is? And how intricate the production must have been? Most of us don’t think about the elements of a set and the budget required to produce a feature film. And we certainly fail to consider the importance of a production designer. Thus, we’re even less likely to consider what’s involved in building a set for a film on a low budget. And yet, figuring out how to build a set for film on a low budget is certainly something that almost any aspiring filmmaker or cinematographer must approach at some point in their career. 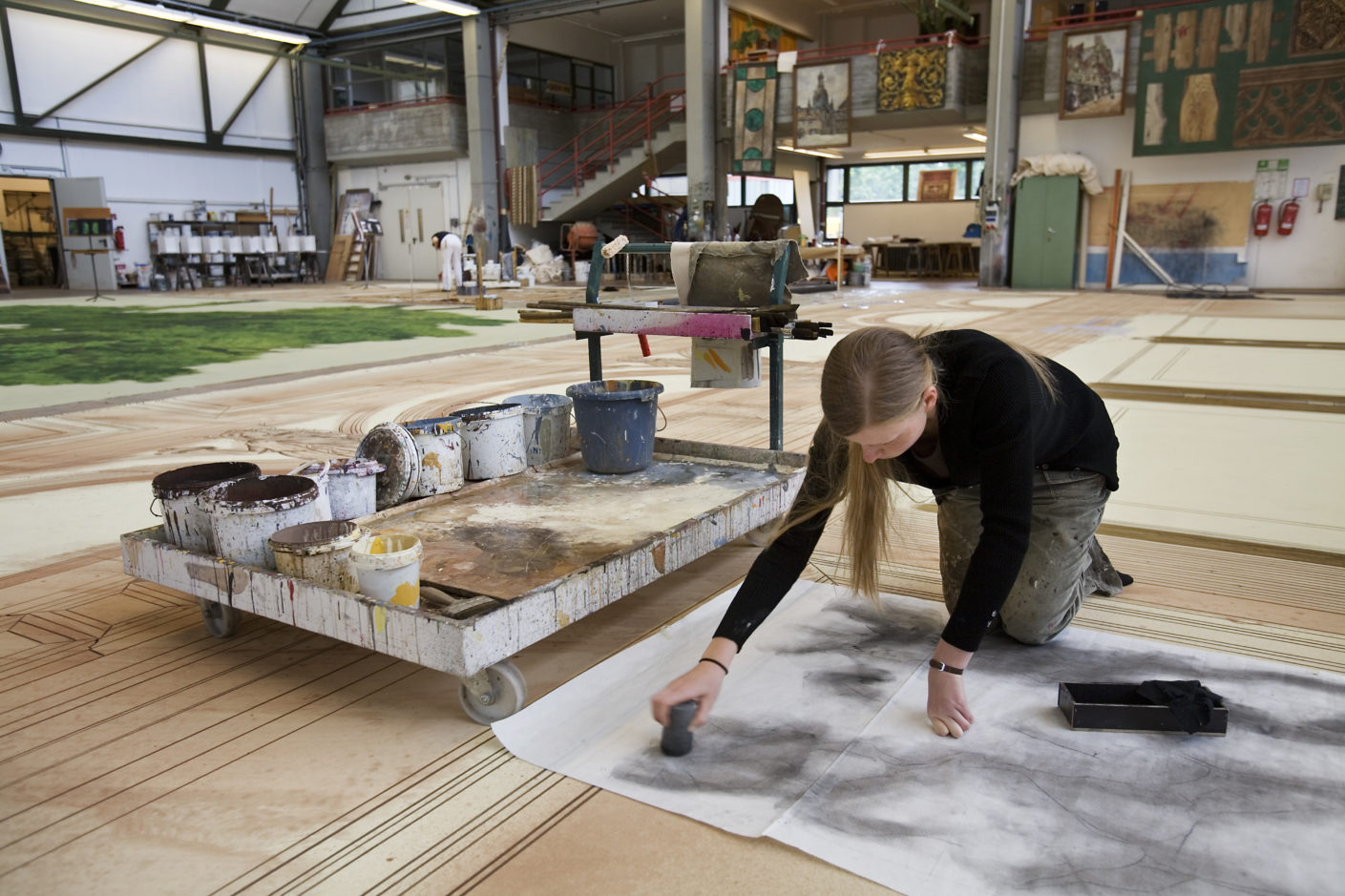 Not all films have the pleasure of a production designer. Many films do not have the budget for expensive location scouting and consulting with high priced professionals. That bring with them experience and the skills involved in creating elaborate film sets on unlimited budgets.

In fact, many filmmakers must figure out how to build a set for film on a low budget. And in doing so, they’ve got to give the appearance of a set that was built with as much precision. And as much funding as those in the big leagues.

Professionals that know how to build a set for film on a low budget. They typically follow these essential tips and tricks.

The first step to building a set for a film with a low budget is to find a location that you can film at for free. Some options to consider include local land, your home or office, a vacant building. Or on property owned by someone you’re either friends or family with.

Think about your film and the underlying needs. Then consider all of the potentially free locations that you could shoot in. If you can’t find a free location, consider the absolute lowest cost locations for your set to save money.

For example, if there’s a vacant building nearby that you know of, consider reaching out to the owner. To find out if you can rent the space for your shoot.

Many commercial properties will have landlords that are happy to rent the facility to you for minimal cost if it’s already sitting empty.

Just make sure that you’re paying close attention to the ambient noise around the building. You wouldn’t want to “think” you got a good deal renting a facility only to find that it costs more than you would like to make it soundproof because there’s so much external noise occurring in the area.

Seek the Assistance of an Up and Coming Production Designer

While you may not be able to afford a production designer that’s already working as a professional in the industry, there’s a good chance that you could still benefit from the support and guidance of someone with these skills.

In consulting with someone that’s just getting started in their production design career you could get many of the benefits of hiring a professional, at a fraction of the cost or potentially at no cost.

Consulting with a production designer can potentially save you money in the long run as they’ll have insight into some of the steps you can take to build your set on a low budget. If nothing else, they’ll help you streamline your vision and determine what’s most important, and attainable, with the budget that you have.

Seek the Services of Students & Crew

Building a set with a low budget means you’re going to have to pool resources and seek support from anyone you can. Ask around your cast and crew to see who might be able to pitch in their assistance.

You might also consult again with nearby film schools or post an ad in local forums to secure the support of others that could donate their time (and skills) in building your set.

You might be surprised to find that certain local companies would be willing to assist you in exchange for perhaps a mention in the film or film credits? Your crew will almost certainly be willing to help out, too.

In fact, building a set can actually be a lot of fun and involving your crew can provide the artistic insight required to really bring the project to fruition.

Since you don’t have a lot of money to spend on the set, consider budgeting strategically. Learning how to build a set for film on a low budget is really all about how you’re utilizing your resources. If you can’t spend a lot on stage design, consider the use of lighting and set decorations to your advantage.

Lighting is something you’re likely either to have, or to rent and in doing so you will have a bit more flexibility without a huge investment. Great lighting can make even a simple, ordinary set appear extraordinary when paired with the right camera angles and shots.

Use Props & Set Decorations to Elevate

With limited funds for the set build, consider the use of props and set decorations to elevate your scenes. You can borrow much of what you need, often for free, from friends or family. Shop around thrift stores, garage sales, or online to gather up whatever items you can at the lowest possible budget.

The more creative you are with your purchases, and the more steps you take to ensure you’re being frugal, the more elaborate your sets can appear without breaking the bank.

Ultimately, learning how to build a set for film on a low budget is really all about taking your time to get the most bang for your buck. Spend wisely, do as much of the work yourself as possible, and employ the assistance of cast, crew, and students to maximize the value of your dollar.

If you need a video to better visualize one of the ways you can build your own set, check out what Practical Effects Guy did to make his set: