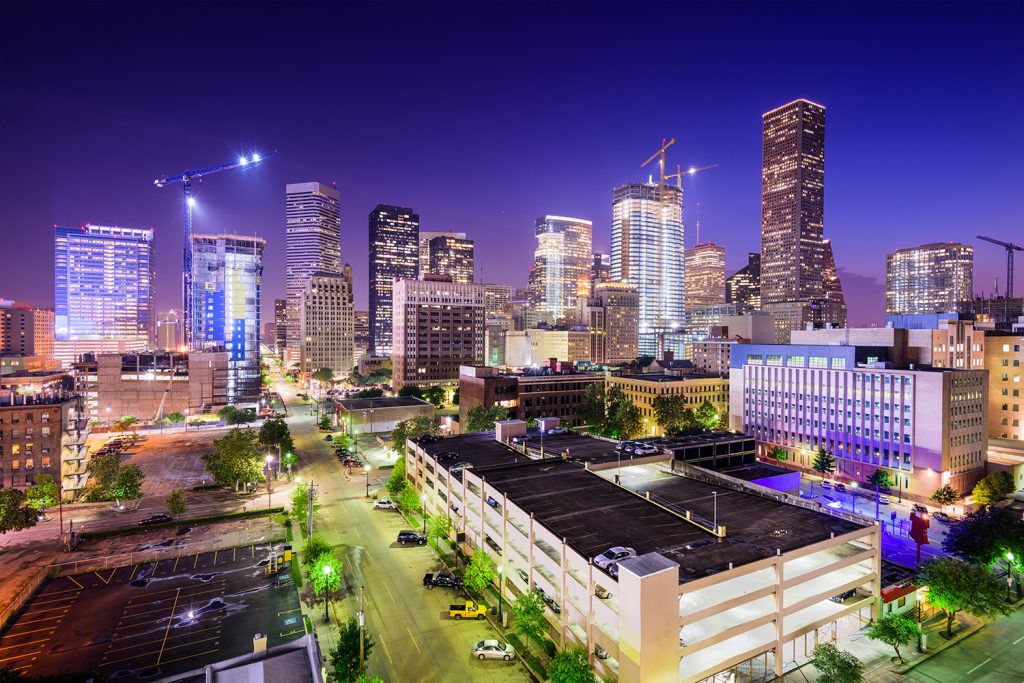 Top 10 reasons to hire a Camera Crew in Houston

Looking to hire a camera crew in Houston? At Beverly Boy Productions, our clients call on us when they need to hire a camera crew in Houston. This town has made a name for itself as one of the Best Cities in America. Boasting over 11,000 restaurants, laid back people, and some of the best entertainment in the south. With all the attractions drawing visitors to the city, here are 10 ways to make the most out of your next video shoot in Houston.

As one of the most bustling and beautiful cities in the south, you can expect plenty of that sunshine and dry heat that Texas is so famous for. The winters are short and fairly temperate with little chance of snow. In the summer, however, the temperature may not always be for the faint of heart, but you can rest easy having plenty of cool buildings and ice cold drinks to cool you down. The best time to shoot in Houston would be the spring or fall when the temperature is not too extreme.

When you hire a camera crew in Houston, you’ll need to keep in mind that film crews love to eat! Houston is home to some of the most creative chefs in the country. As one of the culinary capitals of the US, it’s cuisine is not afraid to be bold and inventive. Enjoy fusions of exotic flavors with the more familiar ones you’re familiar with from places like Tony’s, an old-guard restaurant best appreciated for its pastas and suave service. But despite its culinary progress, Houston has far from abandoned tradition. Barbecue is still king in this Texan city, and no matter where you are, great ribs and friendly atmosphere are never far off.

The Williams Tower Wall is one of the biggest and most popular fountains in Houston at 60 feet tall. The semicircular design makes you feel like you’re at the base of a roaring waterfall, not in the middle of a park. This feat of design and engineering attracts both tourists and locals for photography, dates, and just standing by the mist to cool off. To the thousands who have visited and are familiar with it, the Williams Tower Water Wall is like a smaller, tamer version of Niagara Falls. A great place for your camera crew to capture amazing B-roll.

After you hire a film crew in Houston, you will have someone knowledgeable of the area Houston is number one in the nation’ 10 most populous cities in terms of acreage of parkland. It has also been named one of the 10 greenest cities in the US and its 56,405 acres of parkland and greenery can attest to that. The beautiful parks that seamlessly blend natural wildlife with a city that never sleeps are an irreplaceable part of the city’s scenery and another aspect of what makes Houston so unique. This will make for amazing shots, and great B-Roll.

Here is a cool promotional video we filmed in Houston

It goes without saying that any trip to Houston is not complete without a trip to Barbecue Inn. Founded in 1946 by brothers Louis and Nell Skrehot, this barbecue pit turned restaurant boasts a menu that exemplifies what southern comfort food and down-home barbecue should be. Be sure to get to the restaurant bright and early to avoid the lines and long wait. The Barbecue Inn is closed on Sundays and Mondays so plan accordingly. A wonderful place for your camera crew to break for lunch.

While Houston’s streets are perfect for pedaling around the city, a film crew carrying a lot of equipment might want something more practical. Houston has a variety of transportation options available from personal options like its 2,400 taxis and 1,700 limos and town cars, to larger options like ridesharing services, private shuttles, and Jitney services.

While it’s no surprise that Houston is hot in the summer, this beautiful Texan city also has little humidity and even less rain. This is the perfect place if you’re looking for a consistently sunny area.

As one of the major players in the liberation of Texas from Mexico, the secession of Texas from the US, and the civil war, Houston’s storied history is apparent at every turn. With monuments scattered around including that of Sam Houston, the city’s founder, as well as preserved historic buildings and museums, Houston is the perfect backdrop for any type of footage.

When you hire a camera crew in Houston, you’ll want them to take advantage of all them breathtaking scenery. As one of Houston’s many beautiful parks, Buffalo Bayou is unique in itself as it offers a stunning view of the downtown skyline. Located right outside the 610 Loop at the very center of the city. Named after the slow-moving river surrounding the park, this is hands down one of the most beautiful and accessible areas in the city.

A corporate Healthcare video we filmed in Houston