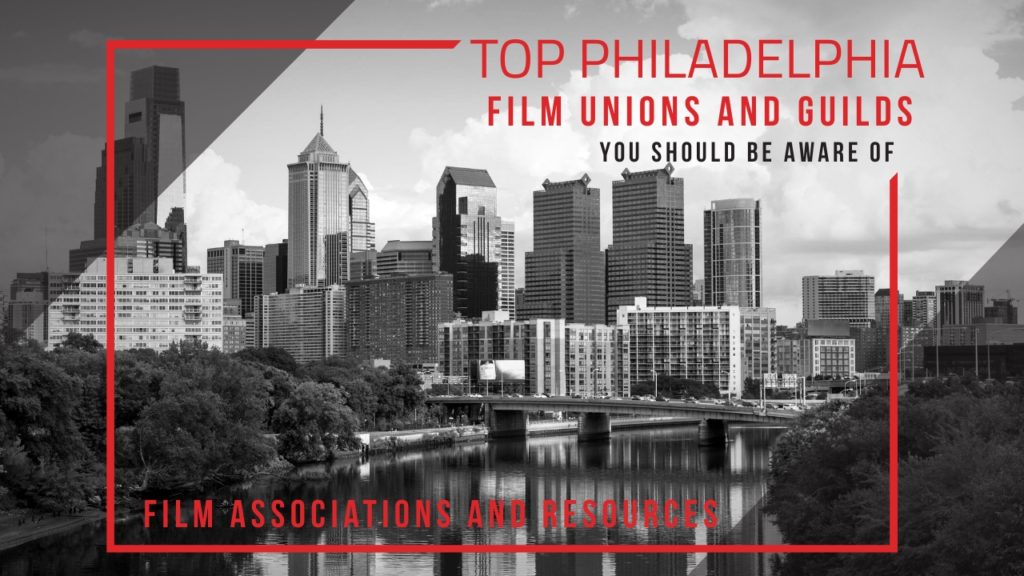 Top Philadelphia Film Unions and Guilds You Should Know About

Philadelphia, Pennsylvania, is home to a vibrant film industry. Throughout the city, Philadelphia film unions and guilds are found providing supportive resources for each aspect of the Philadelphia video production industry. Whether you’re new to the area or just looking for entertainment trade associations in Philadelphia to help with your next production, we’ve got a great list for you below. Continue reading for information on representation and how it can help you protect your artistic and legal rights in the film industry. Each of the following organizations and memberships offers Philadelphia filmmakers protection and trade assistance to help them fulfill their goal of submitting meaningful contributions to the local film industry. The Philadelphia film and TV associations are not listed in any particular order. Feel free to check them out and decide which may be helpful for your next project.

SAG-AFTRA is a distinguished media union that is made up of 160K performers and various media professionals spanning over half of the U.S. Members work in all areas of film, motion picture, and digital production, including TV, gaming and corporate broadcasting. SAG-AFTRA is one of many Philadelphia film unions and guilds that provides a wealth of membership benefits to filmmakers, including health and pension plans, contract support, and various educational programs and workshops for enrichment.

One of many Philadelphia unions and guilds available to support production members, the International Alliance of Theatrical Stage Employees (IATSE) of Philadelphia, is a refined group of members that help each other in all aspects of filmmaking. Members enjoy various benefits, including educational support, contracts, vision, and dental insurance, medical reimbursement, and pensions, as well as unemployment coverage when out of work. Check out the IATSE Philadelphia chapter for additional information.