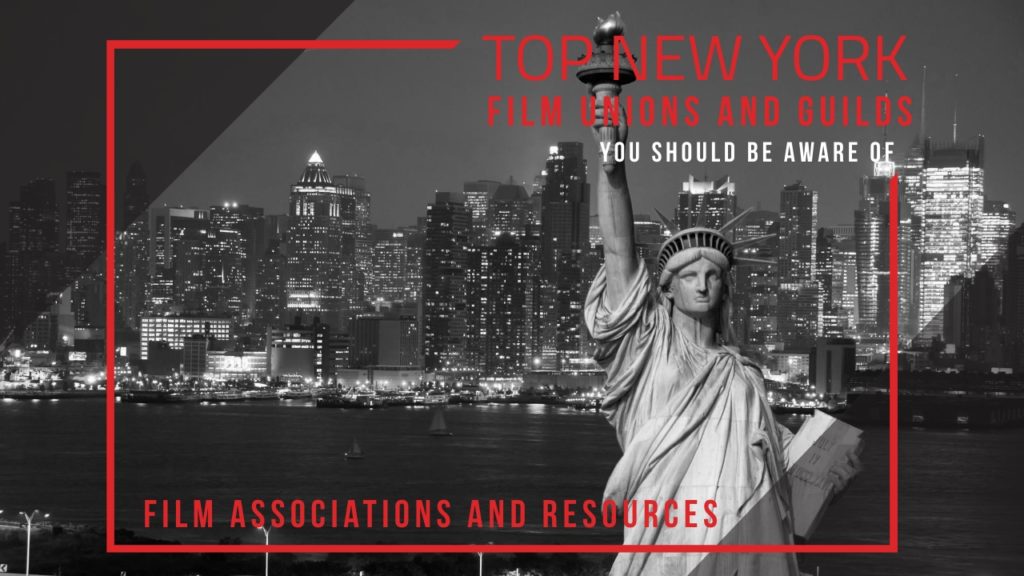 Top New York Film Unions and Guilds To Connect With

New York, New York is a vibrant city with a thriving film industry and no shortage of New York film unions and guilds found throughout the city providing ample support to the New York video production industry. If you’re trying to find entertainment trade associations in New York, you’ve come to the right place. We’ve got a great list for you below. Continue reading to learn about representation and the steps you can take to protect your artistic and legal rights. Each of the organizations listed below will help New York filmmakers along their journey toward successful contribution to the local film industry. Listed below, in no particular order, are New York film and TV associations that are available to support your next project. Consider which may be best for you.

The Motion Picture Editors Guild is one of several New York unions and guilds that provides wage and contract support, education, and organizational assistance to film industry members in New York City. The Editors Guild can help you advance your career in the film and production industry. Visit their website for details.

The New York Production Alliance is one of various New York film and TV organizations that represents the voice of television, commercial and digital film production in New York City. This organization represents more than 100K workers and promotes strength in unity. Members enjoy various resources and benefits that help them to achieve success in the film industry.

The Society of Motion Picture and Television Engineers (SMPTE)

The Society of Motion Picture and Television Engineers (SMPTE) is one of various New York film associations and resources that seeks to help filmmakers advance their careers through partnerships and initiatives in education and community organization. Members enjoy several benefits, including access to networking events, discounts, and complimentary educational resources.