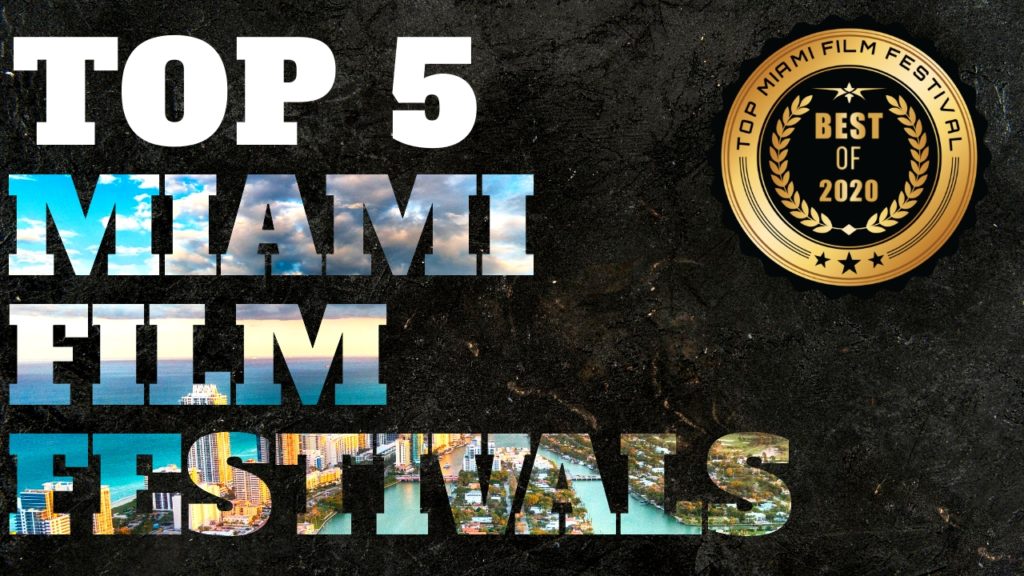 The Miami Film Festivals emphasizes a wide variety of fields, ranging from the fashion industry to the LGBTQ+ community. These festivals have grown over the years and can extend from a mere three-day celebration to one that occurs for ten days. When it comes to the Miami video production community, festivals are essential, so here are our top picks:

The Miami Film Festival is one of Miami’s biggest platforms for showcasing the world’s best upcoming and established filmmakers. The festival has been hosted over 30 times. Based on previous attendance, the festival is projected to attract around 45,000+ people and 300 professionals of the filmmaking industry. A wide range of categories are honored at this festival, from documentaries to short films of varying genres and have hosted talents such as Abel Ferrara and Spike Lee. They also have over ten film award categories open for submission, a few of which are:

The National Alliance on Mental Illness, one of the most prominent mental health organizations in the US, will once again present The Annual Reel Minds Mental Health Film Festival. In connection with this, the films presented are related to the sensitive topic of mental illness, serving to highlight the lives of those who are affected. They are meant to show solidarity and inspiration. Because of the free tickets, the festival is sold out quickly. To qualify, submitted films must fall under the following categories:

The focus of this festival is on bizarre, out of this world films of various forms. This includes local shorts, music videos, and documentaries. The Miami Underground Film festival is one of the most exciting film festivals in this city. It doesn’t stop there, though. The projection of these films is then followed by an Awards ceremony and guest lectures from industry insiders and even live bands. There is a slew of prizes waiting for you, all under one condition: You must be a South Floridian filmmaker.

Running for 22 years as South Florida’s showcase for LGBTQ+ films, the OUTshine has a mission it serves to complete every year. It aims to inspire those members of the community by giving them a platform to explore their creativity and present their historical and contemporary films on the gay, lesbian, bisexual, and transgender experience. Started in 1998, the festival grew to accommodate ten days and 65+ movies. It has also become critically and internationally acclaimed. It is a platform for many premiers such as the World Premiers and GLBT Spanish language films. The festival presents various awards such as:

As the name suggests, this festival brings attention to the interdependence between art and fashion, emphasizing the belief that ‘fashion is art’. Local and international films are highlighted during this festival, which includes documentaries, as well as short films. The focus, of course, remains on the fashion industry. The awards are tailored around such, with programs that aim to engage the community in the art and history of the fashion industry. Proceeds from the festival go towards the nonprofit organization, Fashion Inspires More, which aims to expand fashion through art and education. The awards available includes:

Miami’s Film Festivals’ range of experience, specializations, and themes are wide-reaching. This only exhibits the flexibility of the film industry. Each festival is a recommended, must-attend event.