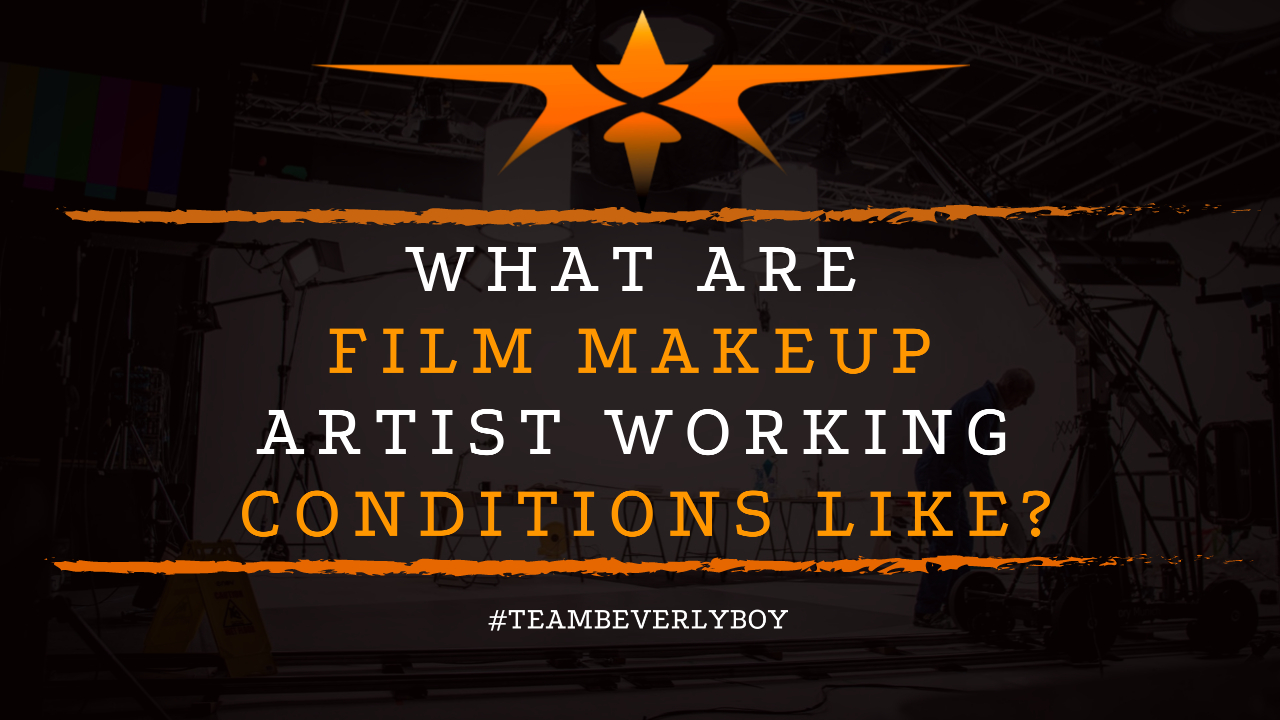 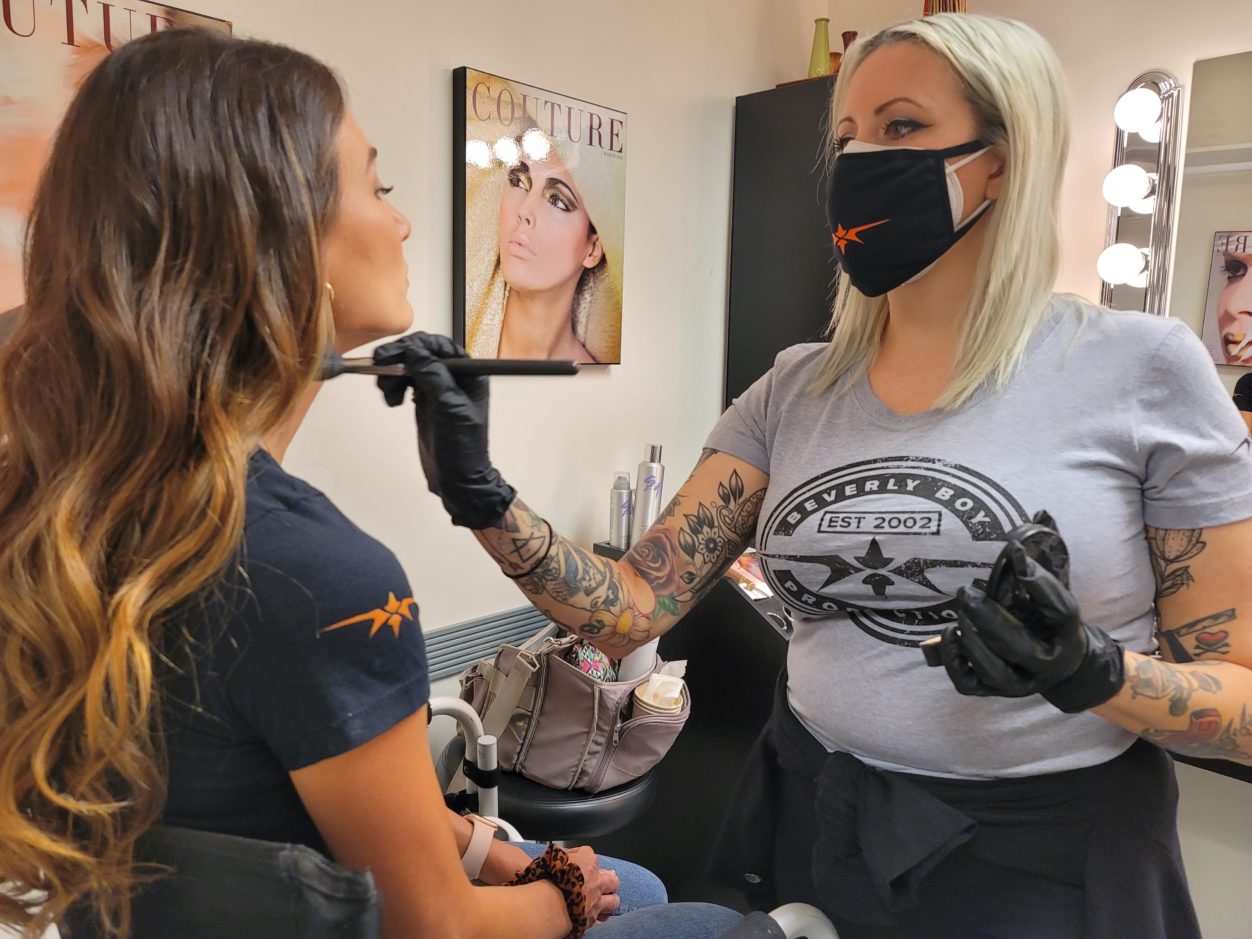 Film makeup artists encounter physical work conditions which are rarely dangerous but could be demanding.

Most of the work of a makeup artist will occur indoors. Which prevents interaction within the elements of rain, snow, or extreme heat or cold.

But there are occasions in which makeup must be performed just outside the set and which may require interaction outdoors.

Probably the most notably “risky” of all film makeup artist working conditions is the fact that makeup artists are frequently interacting with others who are in the production.

In fact, close working environments within inches of other people. And physical contact with customers could put makeup artists at risk of the common cold, flu, or similar transmission of viruses.

For this reason, it’s important for film makeup artists to be able to adapt well to the environment and to accommodate for the lighting that is available in their workspace as well as to accommodate the visual appearance of the client based on the individual needs of the shoot.

Film makeup artist working conditions are generally safe overall, but the demands could be strenuous. Long work hours, with upwards of 12-15 hours on set are likely, especially when deadlines loom.

Makeup artists are almost certain to work nights, weekends, and even on some holidays. While they may work part-time some weeks, during busy shoot times, they could work significantly longer full-time weeks with overtime schedules.

Most makeup artists need to travel to the shoot location to perform work behind the scenes of the set. This means that travel to unknown locations. Including those in other cities, states, or even outside the country could be likely.

The demands of travel could add a level of health safety concerns for makeup artists and should be considered. Especially for someone with low immunity or poor immune system.

As you can see, film makeup artist working conditions can and will vary quite prominently depending on the shoot and the individual needs for the production.

Some days can be very relaxing, whereas others can be incredibly busy. Preparation is key to this career which can take you great places.