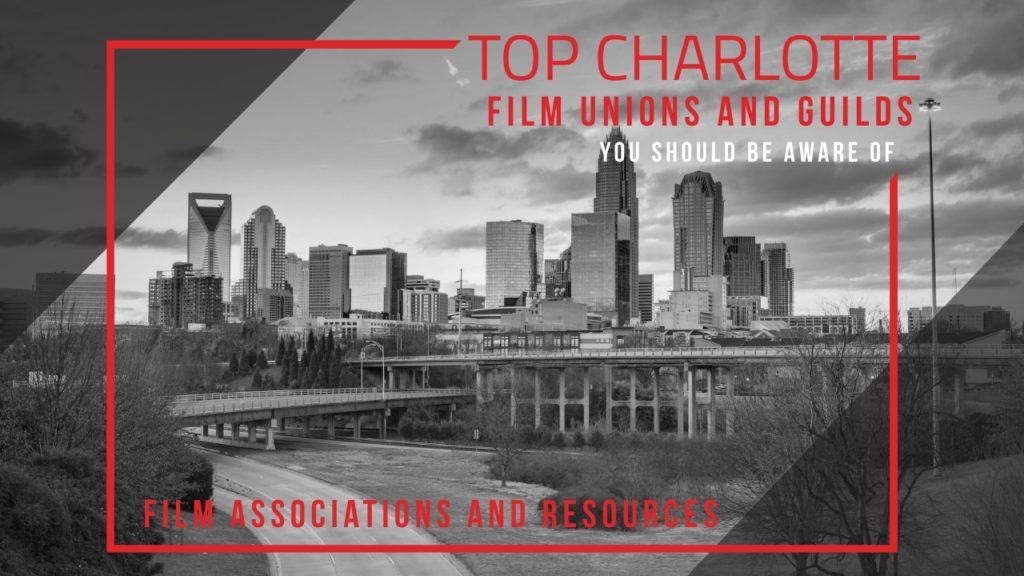 Best Charlotte Film Unions and Guilds You Should be Aware Of

Charlotte, North Carolina, is home to a thriving film industry. Several Charlotte film unions and guilds are in place to support local film and television industry professionals in all aspects of production. The Charlotte video production industry is robust. Several entertainment trade associations in Charlotte have been listed below to support your goals. Continue reading as we have a great list of resources to assist you in understanding various aspects of film and production, including the need to protect your artistic and legal rights. The organizations listed below offer memberships that can support Charlotte filmmakers and offer protection throughout their journey towards productive careers in the local film industry. Below you will find Charlotte film and TV associations that can assist you. They are listed in no particular order, so feel free to check them out and decide which is best for you or your project.

The International Alliance of Theatrical Stage Employees Local 491 Chapter represents one of several Charlotte film unions and guilds responsible for supporting artists and technicians of allied crafts throughout the United States. This group represents the “below-the-line” technicians that may otherwise be under-represented in the industry. Membership benefits of the Local 491 IATSE include retirement savings plans, support for fair wages and working conditions, political affairs, safety, and educational programs as well as access to discounted services and membership programs to support these production careers.

The International Cinematographers Guild, Local 600 Branch, is responsible for representing talented camera professionals and worldwide publicists that produce visual arts for both television and computer screens. The mission of the International Cinematographers Guild, much like other Charlotte unions and guilds, is to advance production careers by offering useful information in regards to work and security in the field in a way that allows artists to thrive. Joining this group leads to networking events with top production professionals around the world. Access to various film and television talent, and the ability to be part of a talented group of individuals that genuinely care about the rights and commitments of everyone in the industry.

The Carolina Film Community is one of several Charlotte film associations and resources that represents the film production community throughout the Carolinas. In conjunction with the many Charlotte film unions and guilds, the Charlotte Film Community (CFC) supports artists by offering educational workshops, networking events, and monthly meetings to bring the community together. The resources offered by CFC are part of a non-profit fellowship focus for advocacy in the filmmaking industry. Most notable from this group is the Made in Carolinas Film Project, a red carpet event which takes place annually.