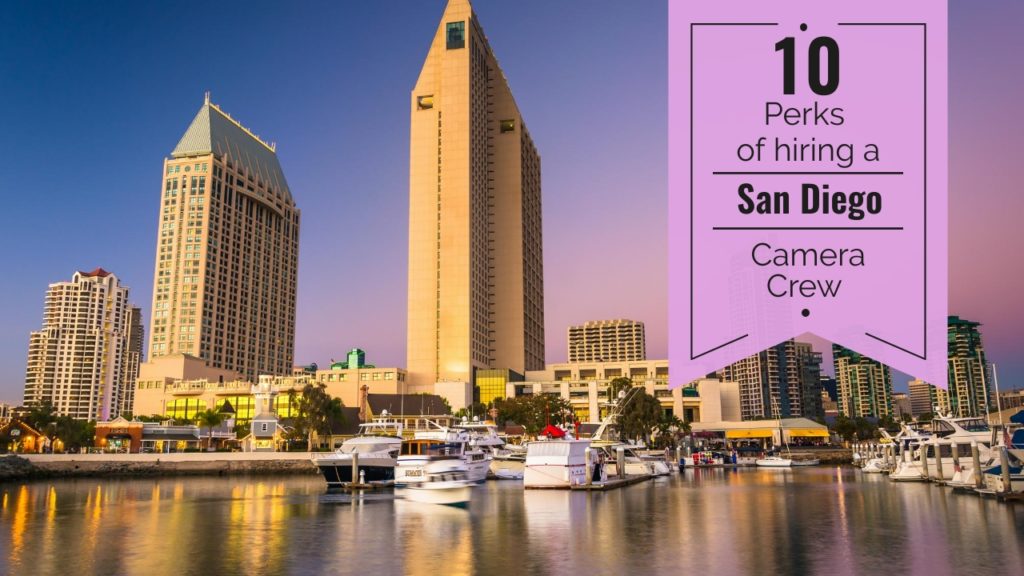 10 Perks of Hiring a Camera Crew in San Diego

With its miles of glorious beaches, idyllic year-round weather and a myriad of cultural and historical attractions, San Diego is one of the most visited cities in the world. Whatever project they have in mind, our clients know to call on Beverly Boy Productions when they need to hire a camera crew in San Diego. If you’re on the fence about where to shoot your next film, here are some of the top reasons to choose San Diego.

In San Diego, Ca we meet Sheri Rous. A woman who ate healthy and exercised, learned about Lipoprotein a after she was diagnosed with a 90% blockage in her heart. She shares her story
and the importance of the Lipoprotein a foundation.

San Diego’s weather is lovely all year long. In winter months, lows average in the high 40s and low 50s, with highs in the mid-60s. Summers are warm, but not crushingly hot like other, more inland parts of California. Lows are in the mid to high 60s, and highs are in the mid-70s. There are few rainy days, with an average of 263 sunny or only partly-cloudy days each year. Snow is exceedingly rare and hasn’t happened since 1967. San Diego is the best place to shoot if you’re looking for warm weather and comfortable filming conditions.

The first settlers to San Diego came from Mexico and Spain and established the first mission and fort in 1769. It was about a 100 years later that the city became a part of the United States and that California was granted statehood. It’s these facts that make San Diego the Birthplace of California and why so many historic buildings and sites intrigue visitors every day. Visit Old Town State Park, El Prado in Balboa Park, Presidio Park, and the Gaslamp Quarter to see numerous ancient structures that help tell the story of San Diego’s fascinating history. This beautiful city is full of notable museums, artistic venues and historical attractions where any camera crew in San Diego can get a great shot.

Mere miles away from Mexico, San Diego serves up some of the country’s most sought-after Mexican cuisine at a host of restaurants. But the culinary delights don’t stop there. The city is known for its eclectic assortment of great eateries, from hearty American favorites like burgers and fries to sushi, seafood, Italian, French, farm to table and much more. Whether looking for traditional or a modern take on legendary favorites, it’s not an exaggeration to say that you’ll never run out of new restaurants to try while visiting the city. No matter what you’re craving, this city is full of amazing bars and restaurants to visit after a full day of filming or to celebrate a successful shoot with your camera crew in San Diego.

Not just any zoo, the San Diego Zoo is known worldwide for its array of rare and endangered animal species. There are nearly 4,000 animals living at the zoo including gorillas, sun bears, polar bears, leopards, giant tortoises, koalas, elephants, mandrills, birds of paradise, zebras and more. Explore the 100 acres that are home to more than 650 animal species and 700,000 exotic plants. Even you’re not an animal person, the zoo is the perfect setting to film interviews or get B-roll with a camera crew in San Diego.

The San Diego Film Office provides the core and boutique services of a traditional film office for the San Diego region, including permitting and connecting productions to the right contacts with our partner cities, production facilitation, locations services, providing resources for the local film industry, and promoting the region as a film-friendly destination.

Clarke Caines in San Diego, Ca talks about his appreciation for the peace of mind APC has provided with their data security.

For some reason, the main thoroughfare in Little Italy is called India Street but, more predictably, it is lined with Italian restaurants and pizzerias. Further along is a wide selection of art galleries and design stores, while Fir Street has boutiques selling clothing, shoes, and accessories. A nice place for a wander, leading to the beautiful Amici Park.

San Diego is renowned for this tasty snack of corn tortillas filled with battered fish, crispy cabbage, pico de gallo salsa and creamy Mexicana sauce. This style of taco was introduced to the local beaches by surfers from Baja California and it’s still being perfected everywhere from food trucks to fine-dining establishments. South Beach Bar & Grille, in Ocean Beach, claims to serve the world’s best mahi-mahi taco, but people also rave about the Casanova stand at the UTC Farmers’ Market. Wherever you choose to go, the city’s Fish Taco shops are perfect for a San Diego camera crew to break away from an arduous film set and dine like locals.

The world’s oldest active sailing ship, the Star of India was built in 1863 and is on display at San Diego’s Maritime Museum. Guests can explore the decks of this historic ship, learn about her important role in the maritime history of the United States and even witness her sailing once a year. The museum is also home to a variety of permanent and temporary exhibits and a collection of ancient ships. Even if this iconic structure is not the subject of your film, the thousands of people who flock to it every day make it a perfect place to record some sound samples and ambient noises.

San Diego’s magnificent weather means that you can enjoy the outdoors all day long. The average temperature on any given day is around 70˚, meaning it never gets too hot and it never gets too cold. So exploring all of the city’s natural beauty is easy and comfortable. When preparing for video production in San Diego, bring plenty of sunscreen and water in anticipation of the warm days.

San Diego may get a lot of attention for surf and sand, but their art scene is nothing to dismiss. Museums include the San Diego Museum of Art, the Museum of Photographic Arts, Mingei International Museum, the Timken Museum, and the San Diego Art Institute. Yet that doesn’t even begin to scratch the surface, as independent galleries abound, especially in neighborhoods like North Park and Barrio Logan. These museums are the perfect place to shoot a date scene or capture some artistic interviews with your camera crew in San Diego.