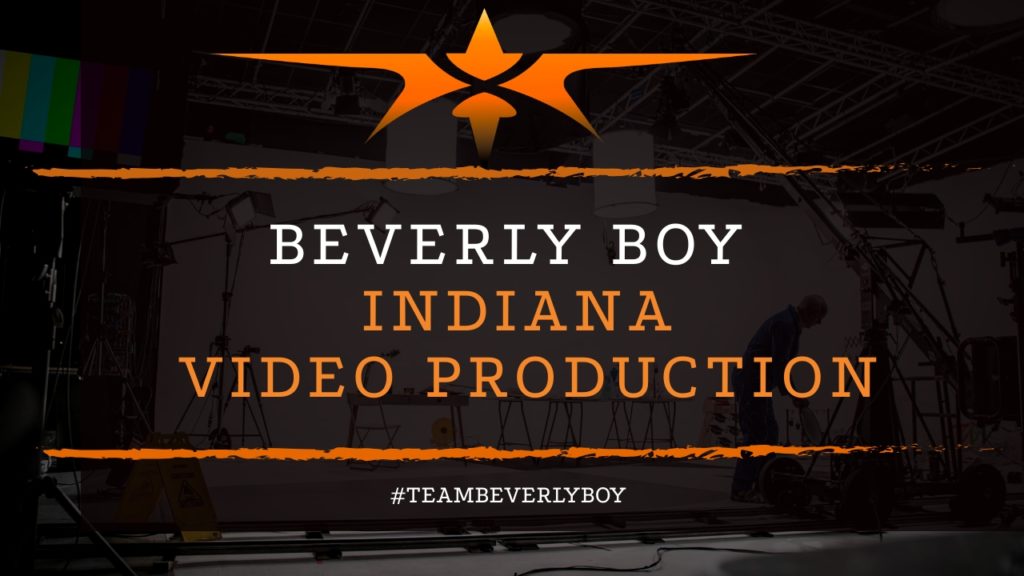 Trying to find video services in Indiana? You’ve come to the right place at Beverly Boy Indiana video production. We’ve been producing videos in Indiana for decades. Using only the latest and greatest video technology and industry trends, we deliver inspiring video content that produces quality results for our clients. We specialize in a wide range of commercial, television, film and corporate video production services in Indiana. Check out these recent videos that we’ve filmed in Indiana to see for yourself. 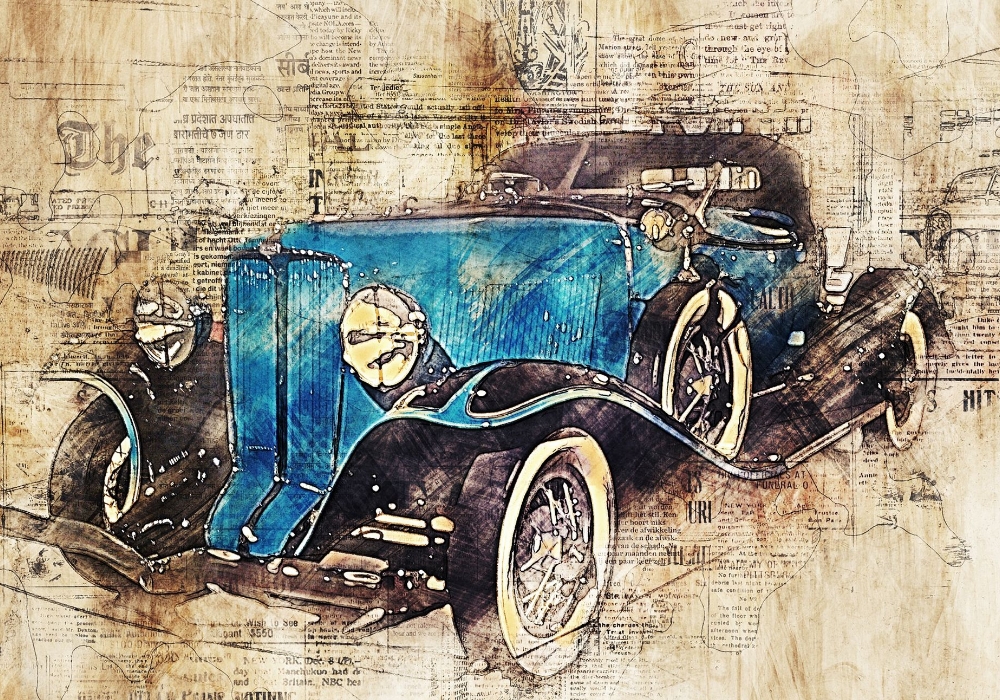 The state of Indiana has a lengthy archaeological history dating back as many as 15K years. Over time, this midwestern beauty has experienced an array of cultural changes throughout history as Indiana grew. Early nations that were widely found throughout Indiana included the Cherokee Indians, Shawnee, Chickasaw tribes, Lenape and Wyandots.

Indiana was inhabited by the Woodland culture until 1000 AD when Mississippian culture would begin to steadily emerge and change the cultural landscape of Indiana too. Native American tribes inhabited the region for the next several hundred years until Europeans would begin to push them out to move into the midwestern states of Indiana and further south into Kentucky and Mississippi.

In the 1700s Europeans pushed into Indiana. Many French settlers came into the state from further north in Canada. The French would come to purchase or barter with the Native Americans for furs. As such, in 1702, the first trading post was established in Indiana to accommodate the trade. Later, in 1715, the French built Fort Miami which would later become what we know today as Fort Wayne.

In the late 1700s Native Americans teamed with the French to fight the English for territory. Unfortunately, the British people won the war and Indiana would become part of the British Empire in 1763.

As the American Revolution wrapped up in the later 1700s, the United States would take control of Indiana. Officially, in 1787, Indiana would become part of the Northwest Territory of the United States along with Ohio, Illinois, Michigan and Wisconsin.

In 1815, Indiana became a state and was officially accepted as the 19th state of the United States as of December 11, 1816. Later, in 1825, Indianapolis would be named the state capital. Nearly 100 years later, in 1911, the first Indianapolis 500 race would take place. The Indy 500 was and still is arguably the largest auto-racing event in the world. A single-day event that is known to attract up to 300K people, the Indy 500 continues to accrue much wonder and excitement each year as the race takes place.

The Hoosier State has many nicknames, Hoosiers coming from the enshrined college basketball team of Indiana and the fans that are respectfully called, Hoosiers. Nobody is quite certain what a Hoosier is, but theories include references to Reverend “Black Harry” Hosier as well as references to the rural Indiana accent in which Hoosiers can be mistakenly heard when calling out, “Who’s here.” 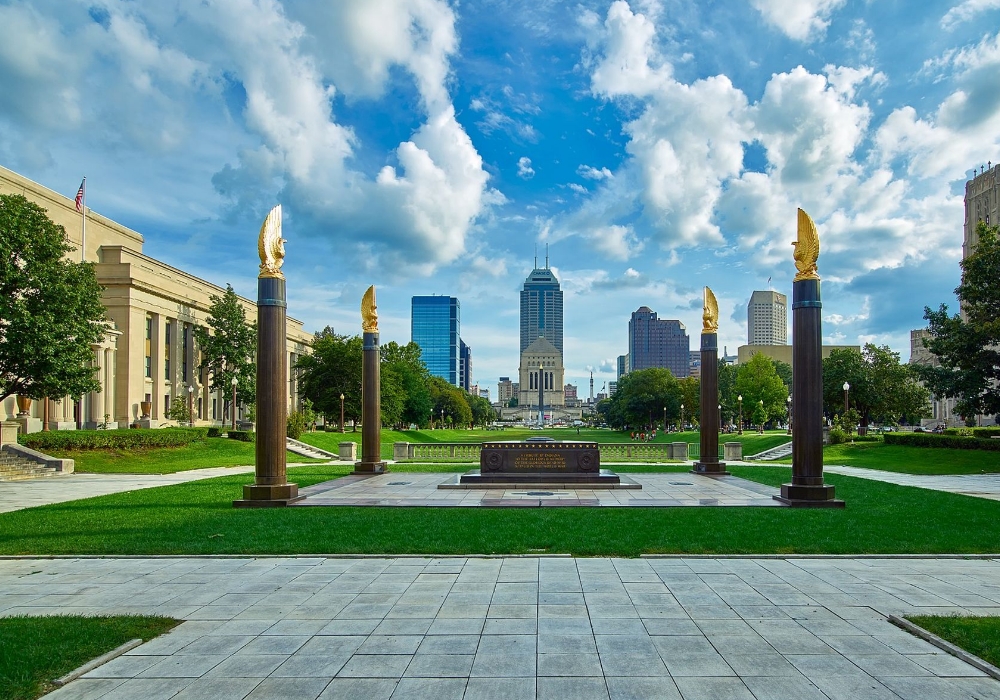 The state has a long dating rich history that attracts visitors from all around, especially those with an interest in native Indian tribes.  It’s no wonder filmmakers visit Indiana regularly to capture a glimpse of this peaceful midwestern beauty.

You may not instantly think of Indiana as “Hollywood,” but filmmakers have found plenty of great opportunity in the Hoosier State over the last several decades. Several famous movies have been made in Indiana including:

Many popular places of Indiana show up in the movies too. Movies that are not necessarily even about Indiana often feature famous Indiana hotspots such as New Richmond, also known as Hickory and the place where the Hoosier Gym became famous from early movies. Former City Methodist Church in Gary is where a nightmare on Elm Street takes place. And South Bend Indiana features Notre Dame University which is often featured in films as are various other South Bend buildings and streets.

Aerial views of Indianapolis are seen throughout the Saving Star Wars movie and in various other films. And Lake Michigan is home to the set of Pearl Harbor. Additionally, several American sitcoms take place in the Hoosier State including Parks and Recreation and The Middle. 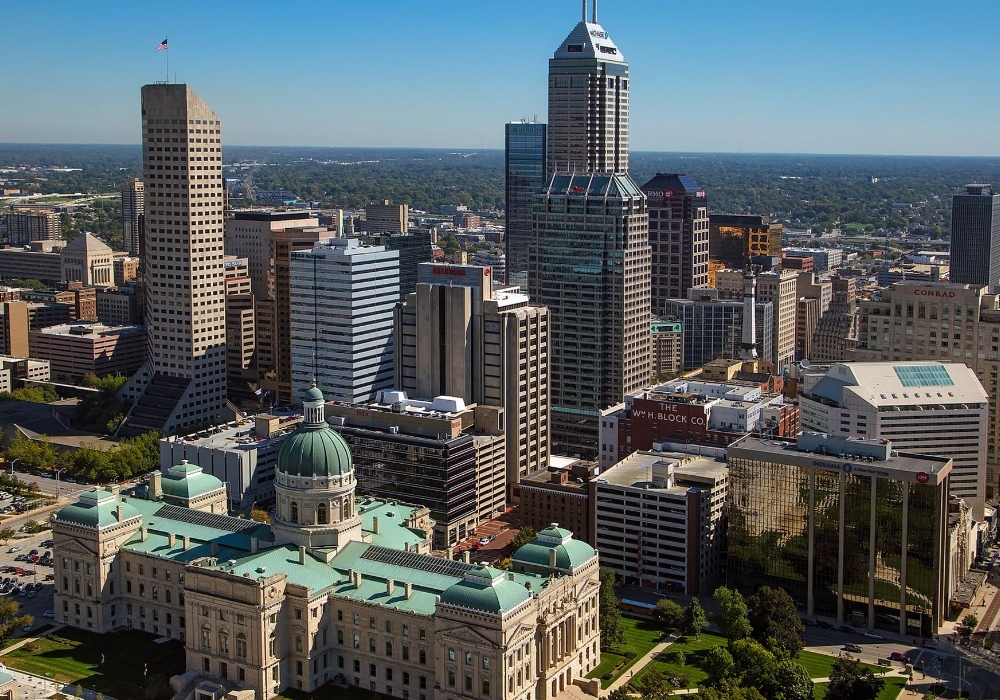 In addition to Film Indiana, several film organizations and local film groups can be found throughout the Hoosier state. The following groups provide networking opportunities, resources and support to Indiana filmmakers, producers and crew:

For details on local film festivals, film organizations or Indiana film groups, visit Film Indiana or any of the above-listed groups to connect.

Film unions are found providing labor support through collective bargaining throughout Indiana. Although Indiana is a right to work state, unions and non-union projects both thrive throughout. If you’re considering joining a union, do your research and make sure you understand the terms of your contract before you commit. Also keep in mind that you are not required to join a Union as a factor of employment nor are you required to pay union dues in order to be employed in Indiana.

Visit the union website to learn more about the benefits and member opportunities that are offered by each of the above labor unions that are currently providing labor support to Indiana filmmakers and producers as well as production crew and staff throughout the state.

Known as “the crossroads of America,” Indiana borders Lake Michigan, Ohio, Kentucky and Illinois. The terrain is some of the most varied in all of the midwest states with rolling hills, grassy farmlands, and sandy beaches along the Lake. The smallest state to the west of the Appalachian Mountains with the exception of Hawaii, Indiana welcomes filmmakers from around the world who are interested in capturing the unique beauty that this midwestern gem has to offer. It’s no wonder Beverly Boy Indiana video production members love filming in the area.

Endless cornfields attract filmmakers to Indiana in search of the perfect set for non-metropolitan motion pictures and there’s plenty of vast expanse to go around. If cornfields and farmland aren’t your thing, there’s also several miles of pristine sandy beach along Lake Michigan which offers an attractive view that appears very “beachy” without having to physically go to the coastline. 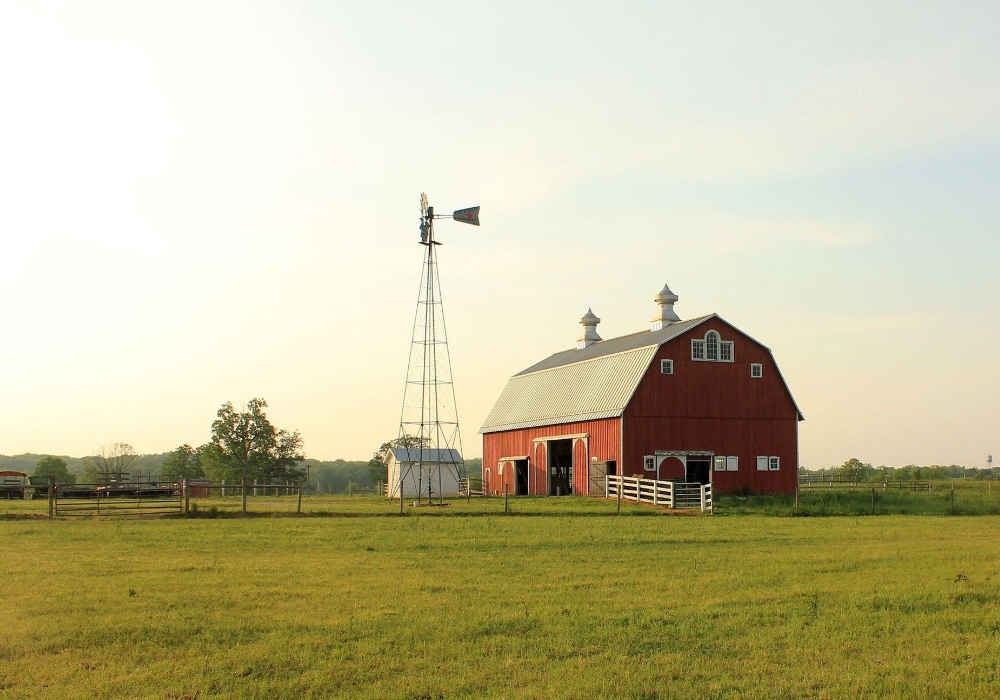 Lake Michigan shoreline features sprawling dunes that soar up to 125 feet and dip down to the water’s edge. Visitors enjoy stepping away from the hustle and bustle of Indianapolis and soaking the day away in the sun and sand. Also along the water, several waterfalls can be found throughout the state offering a filmmakers paradise in terms of capturing scenic beauty.

Weather in Indiana mild with summers that are long and warm and winters that are mostly short and cold. Average temperatures rarely dip below 3 degrees or above 92. Visiting from June to September is recommended for maximum outdoor enjoyment.

Snow is likely for much of the winter especially from November through March. Rainfall is also common from January through May when peak rainfall reaches upwards of 4 inches per month. Filmmakers can pay close attention to the cloud cover which impacts Indiana most from October through June with the cloudiest days taking place generally in December.

Whether you’re filming outside or in, Indiana is certain to please. The geography of the state attracts visitors for a wealth of purposes. Cornfields and mazes abound. Beautiful skies and miles of uninterrupted views of farmland make this a filmmakers dream come true when seeking an area that is truly away from it all to film.

Hoosier hospitality isn’t the only attraction bringing filmmakers and producers to Indiana. This state has a wealthy economy which is made up of construction, manufacturing, wholesale trade and retail primarily. Per capita income is estimated at $44K in Indiana although 13% of residents are living below the poverty line.

Population density in Indiana is estimated at 1870 people per square mile. The state is predominantly white although there is a small percentage of hispanic or latinos that make up an estimated 2% of the total population. Most households are married couples although an estimated 35.6% of households in Indiana are non-family.

Transportation throughout the state is made up of busses, airports, rail and shared rides. The Indiana Department of Transportation is responsible for the construction and oversight of roads and highways throughout the Hoosier state. The Indianapolis International Airport is one of the primary means of traveling into the state from around the world. Additional airports in Indiana include:

Visitors interested in learning how to get around Indiana should visit the local city website for the towns they plan to visit to get details on bus routes and public transportation options as they vary greatly within the state.

The shorelines of Lake Michigan attract visitors and Indiana residents throughout the summer for fun in the sun. Plenty of water sports and activities can be found along the lake. Play beach volleyball, build a sand castle or just relax the day away in the sun. 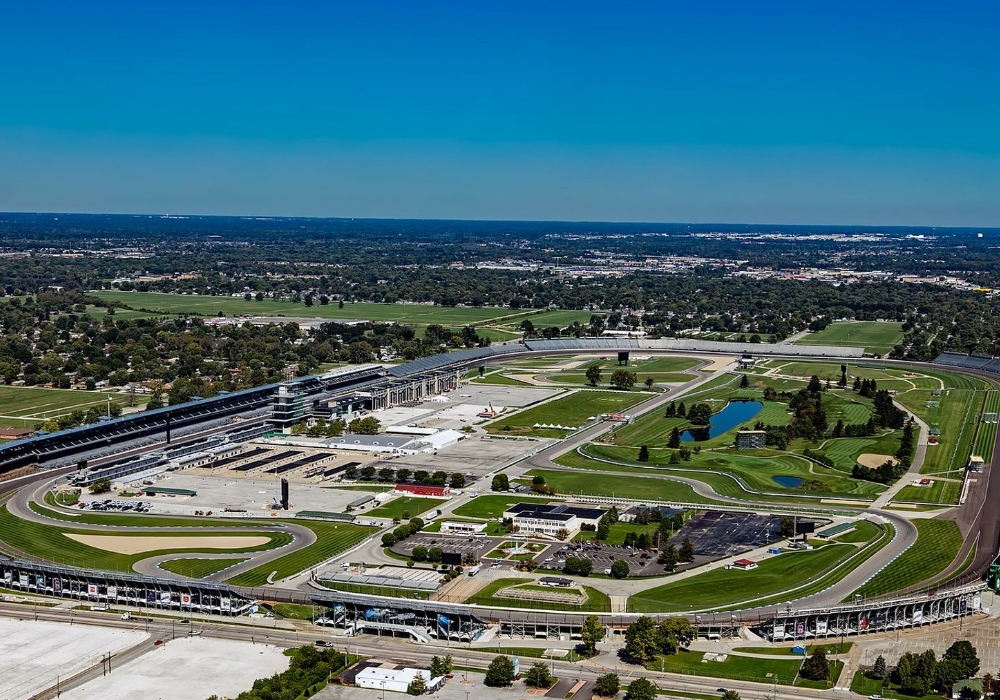 In the city, Indianapolis attracts visitors seeking a little bit of everything. Museums such as the Children’s Museum of Indianapolis and the Indianapolis Motor Speedway Hall of Fame Museum offer a glimpse into the science and historic culture of the city.

After a long day of filming, step away from it all at Eagle Creek Park. A wildlife sanctuary complete with Marina and Lily Pond where fishing and peace and quiet are the main events. For animal lovers, several Zoos are found throughout Indiana including the Fort Wayne Children’s Zoo, the Indianapolis Zoo and Wildlife Gardens, the Potawatomi Zoo and Dutch Creek Farm Animal Park.

Much of what attracts filmmakers and visitors to Indiana though is the scenery. Year-round hiking and waterfalls that are beyond magnificent are found throughout the state. A filmmakers dream but also offering plenty of relaxation and calming opportunities for a vacation away from the busy life we’re all so used to. 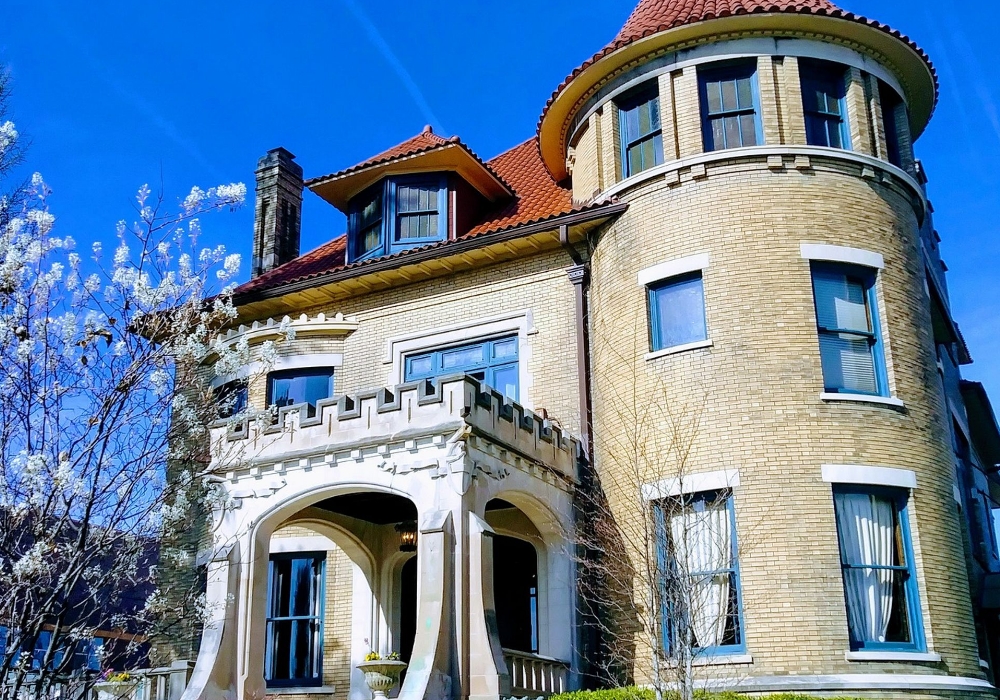 If you’d rather have a drink or dance the night away, several bars and nightclubs can be found throughout the state. The Famous Grand Night Club in Indianapolis is a popular spot that features drinks and a social environment for those 25 and up. Plenty of bars are found in Indianapolis including the Limelight Indy Dance Club, Landsharks, and Brothers Bar and Grill. Take your pick or bar hop around Indianapolis in style.

No matter what you’re here in Indiana to do, there’s surely something to keep you entertained and happy. Come for a day or a few weeks, relax and enjoy the scenic nature throughout the state or party the night away in the busy nightclub scene along downtown Indianapolis. Check-in with the Beverly Boy Indiana video production crews while you’re visiting! One thing is certain, you’ll have a wonderful time in Indiana and you’ll definitely want to come back!