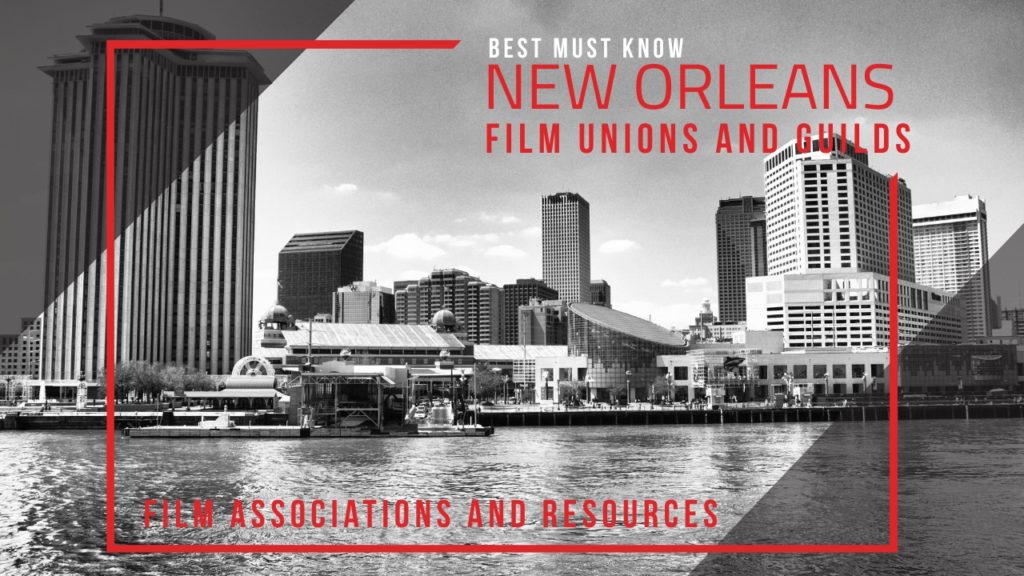 New Orleans, Louisiana hosts a healthy film industry with numerous New Orleans film unions and guilds located throughout the city providing support for all aspects of the New Orleans video production industry.  If you’re seeking information about entertainment trade associations in New Orleans, consider the list that we’ve compiled for you below. Continue reading for details on artist representation and what it can do to help you protect your artistic and legal rights. Below you will find several organizations and memberships that provide New Orleans filmmakers the added protection and support necessary for successful contributions to the local film industry. Take a look at the New Orleans film and TV associations listed below. They are in no particular order. Each is available to potentially assist you with your next project in film.

The I.A.T.S.E. Local 478 is one of several New Orleans film unions and guilds that provides special member resources to support filmmakers in area. Providing access to training, education, permits, and community resources for members, the I.A.T.S.E. is responsible for facilitating a safe production environment while maintaining proper wages and contract negotiations for those involved. For more information, visit their website.

The Louisiana Film & entertainment Association (LFEA) is one of several New Orleans unions and guilds that helps members in the motion picture and television production network. The LFEA crew is 1,300 members strong and growing and features several union and non-union crews throughout the state. Members include cameramen, production support staff, carpenters and several in the hair and makeup industry.

Women in Film and Television Louisiana

Women in Film and Television Louisiana (WIFT-Louisiana) is a group dedicated to advancing women in the film entertainment industry by providing specialty support and production assistance to women throughout New Orleans. A non-profit organization, much like other entertainment trade associations in New Orleans, WIFT-Louisiana offers education and training workshops, special events access, film screening seminars and several other benefits to members seeking professional development in the industry.

The New Orleans Film Society’s Community Partnership Program connects members of the film community with like-minded individuals from all aspects of film to experience the industry, and careers within the industry, together. Like several other New Orleans film unions and guilds, this organization seeks to foster diversity in the industry while offering rich resources for those involved.

NOVAC is one of several New Orleans film and TV organizations that aims to connect the community with opportunities in the film industry for the advancement of film careers. Working with federal, state and local government, NOVAC unions feature high-wage, low entry barrier, access to services for residents seeking film careers.

The New Orleans Film Society Southern Producers Lab is a multi-day event for producers that is aimed at bringing together diverse populations in the industry for intensive workshops and mentoring sessions that guide career advancement. Networking opportunities are provided throughout the event which is held in March.

Louisiana Entertainment Film Resources offer several production essentials to support incoming filmmakers including details on the Right to Work act, non-resident income tax details, labor laws and restrictions regarding the use of animals in film when filming in the state of Louisiana. For additional information on this or other New Orleans film unions and guilds, visit the listed websites for details.