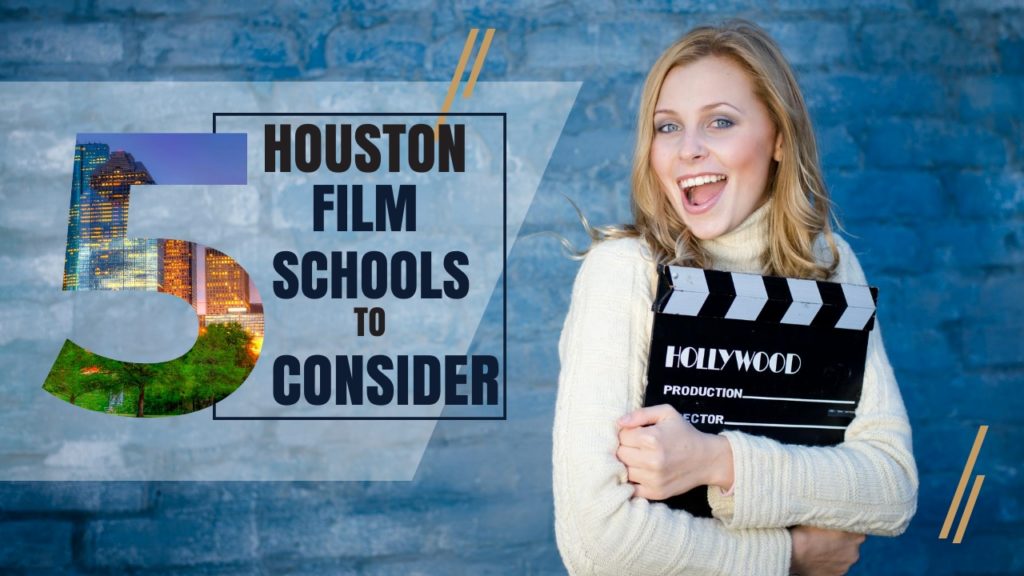 We know that there are a handful of different film schools in Houston, Texas. In order to get an idea of what each film school entails, we’ve created a list of the Top 5 Houston Film Schools. Feel free to consider these options as you pave the path to your production career. Good luck, future Houston filmmakers! Break a leg!

Film Connection’s Houston location provides top-notch experiences through industry connections, mentor programs, and more. Since this school isn’t a traditional college, it’s well-known for its lower tuition rates and on-the-job training outside of a classroom. At Film Connection, “the real world” is the classroom, and your apprenticeship starts immediately. Your best learning experiences are hands-on, after all!

Houston Baptist University has a Cinema and New Media Arts Program where students make digital media, films, and web series as part of their curricula. Additionally, practical experience through Mass Media Arts works as an outlet for students to receive diverse and immersive film school experiences in things like New Media or Journalism. Everything from directing, to lighting, to editing, to screenwriting and storytelling is covered in this film school. 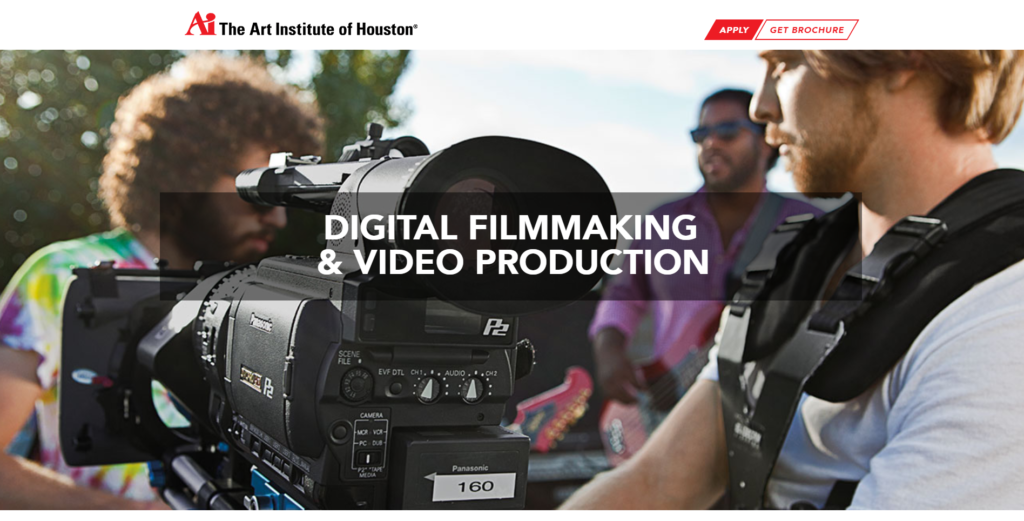 If you have a story to tell but need the skills and technologies to bring it to life, the Art Institute of Houston has got you covered.  As one of the top 5 Houston film schools, they sport an experienced faculty and cutting-edge software, and allow students to participate in hands-on experiences that help them navigate the field of film. This school has a Bachelor of Fine Arts in Digital Filmmaking & Video Production track that consists of 180 quarter credit hours. The Art Institute’s program studies all of the following video production areas: 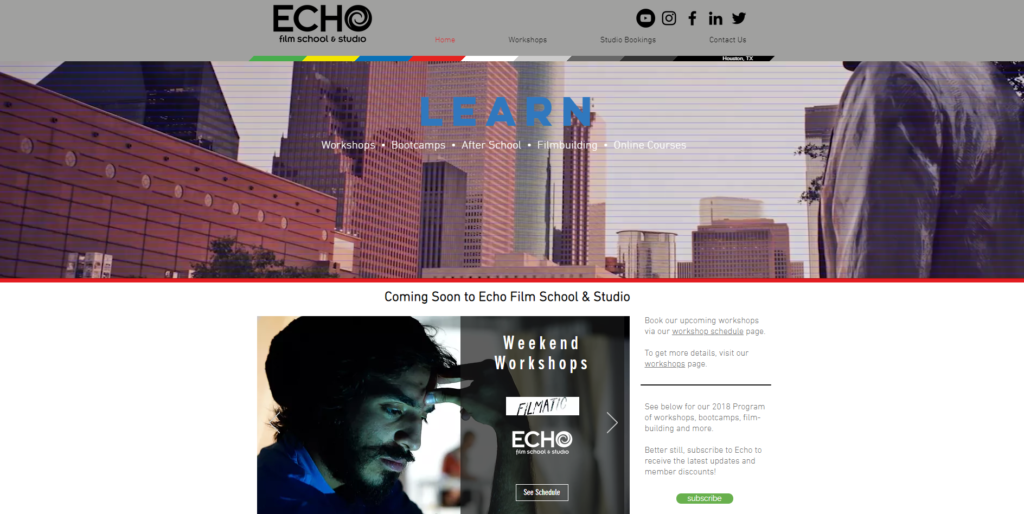 Echo is a unique film school that offers everything from workshops, to bootcamps, to after-school programs and other sorts of training to aspiring filmmakers. The school is all about “learning”, “producing”, and “building” film, their training addresses many different areas of video production. For example, Echo’s part-time Digital Filmmaking & Video Production workshop allow students to write, produce, shoot, and edit either a short film, documentary, or corporate video. This particular workshop takes place during evenings and weekends. This makes Echo a great option for those looking for training that can work around work schedules.

While Echo isn’t a traditional training program or college, its flexible and professional learning opportunities make it a viable option for students that are currently employed. Echo also offers after-school programs for students in grades 6 through 12. Your child’s finished works at Echo can even be submitted to film festivals. (Additionally, finished products can make your child’s college application stand out…) 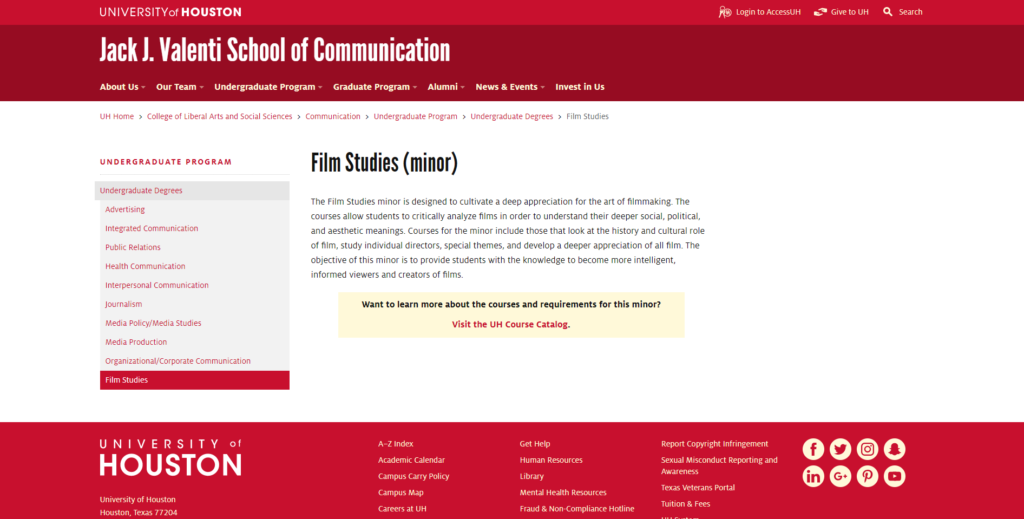 At UH, students can choose a Film Studies minor alongside their major. When students take courses for the Film Studies minor, they’re truly appreciating the art of filmmaking. Students critically analyze films from many social, political, and aesthetic perspectives while identifying things like special themes, director history, and more. UH’s Film Studies minor is a great option for students looking to deepen their knowledge and understanding of film in addition to their current coursework.

It’s important to note that UH has a diverse list of required electives for students to choose from. Everything from Popular Culture and the Mass Media, to Hong Kong Cinema, to Italian Culture through Films is offered at UH. So, if one class doesn’t interest you, you can pick from some of the other 22 required electives offered. This makes it stand out from the rest of our top 5 Houston film schools list.