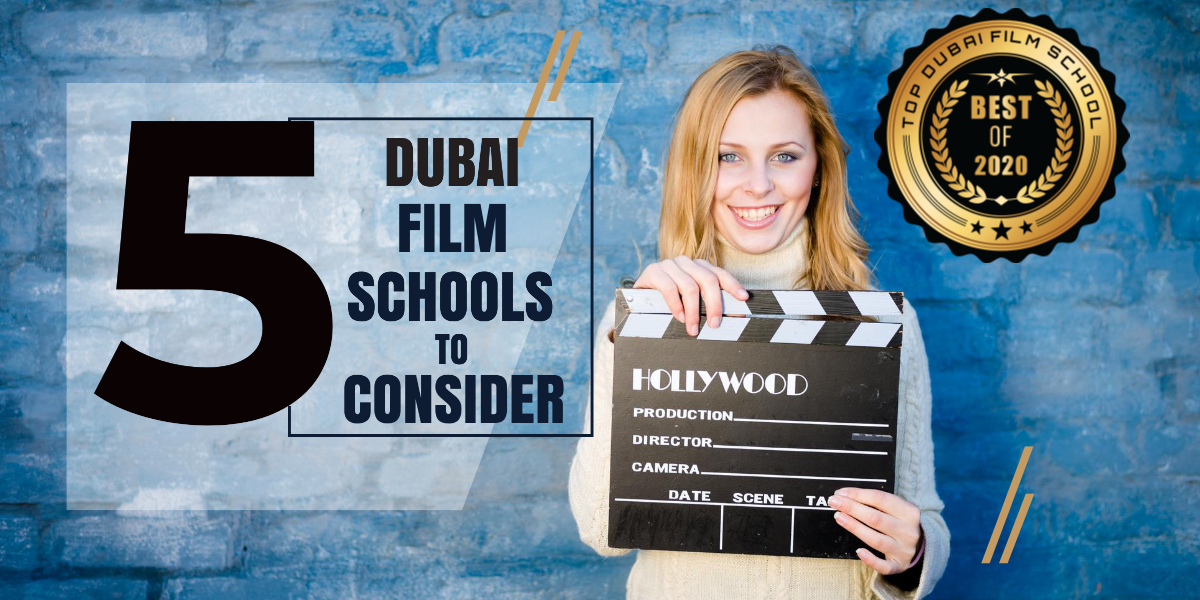 Looking for a Dubai Film School? Dubai, United Arab Emirates, offers aspiring filmmakers several local options to gain a strong education in filmmaking. Whether you’re considering a large, high-profile university, or small Dubai film schools are more you’re forte, continue reading to see what’s available to you. Each of the schools listed below offers enthusiastic Dubai filmmakers industry training and support to help them launch a career in the Dubai industry. Each film program features a healthy mix of traditional teaching as well as hands-on technical training for advanced proficiency in media and entertainment.

Finding and choosing a film school is one of several challenges faced when seeking a career in Dubai video production. Fortunately, these schools prepare graduates for roles in Dubai film production, fine arts, and media by providing students with training in core principles such as filming, editing, and production. Graduates often pursue roles with major film companies, news studios, and advertising agencies or work as self-employed freelancers.

Established over 25 years ago, Amity University is an accredited school that offers aspiring filmmakers a BA in Film and Television Production and/or a BA in Journalism and Mass Communication giving students an option to decide where in the industry they would like to specialize. Not only does Amity University offer quality education, but the Dubai campus has generous common spaces and a beautiful modern design on 15 acres of green field.  located within the Dubai International Academic City (DIAC), Amity University Dubai accommodates over 3,000 students.

Middlesex University Dubai offers a single BA Honors Film program that provides aspiring filmmakers with a background in filmmaking, screenwriting, film research, and various other core aspects of education necessary for a role in the industry. Courses are taught by professional producers, directors, and screenwriters with vast experience in the field. In addition to the educational opportunities that come with attendance at Middlesex University Dubai, students also enjoy opportunities for internships and networking.

The Raindance Film School recently opened a Dubai location and offers, everything from short courses to master’s degrees. Raindance film school is dedicated to fostering and promoting independent film around the world. Founded in 1992, it combines Raindance Film Festival, film training courses, and Raindance Higher Education. The Raindance training courses are at the heart of the Raindance film school structure; aiming to give individuals the tools to start shooting their film and covering screenwriting, production, directing and, virtual reality. Moreover, Raindance has developed three fully accredited Higher Education Film Programs, becoming the only major film festival in the world to offer higher education.

SAE was established in 1976 and is currently one of the world’s largest creative media educators providing film and media courses at 47 campuses in 23 countries, including Dubai. Courses help students achieve Bachelor’s degrees in Animation, Audio, Design, Film, and Games. SAE, like other Dubai film schools, has a rich culture that encourages students to establish roles in highly successful fields, including television, computer media, and the big screen.

As a school that includes award nominees on its list of filmmakers and greats, Manhattan Film Academy Dubai offers the kind of quality a budding filmmaker would hope to find. Offering courses in Dubai and around the world, the organization offers an international environment for its students. Courses include everything from screenwriting to directing, cinematography, film production, and more.