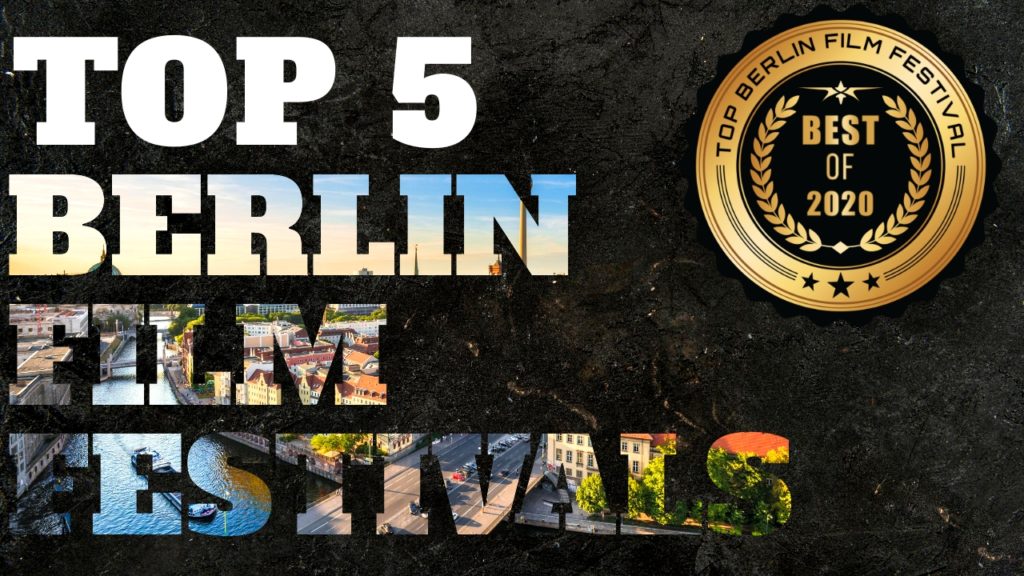 5 Berlin Film Festivals you Have to see.

Germany is a popular destination for film fans and filmmakers alike! Attending Berlin film festivals will keep you busy as you make the rounds, so choose carefully, as you don’t want to miss your favorites. When it comes to the Berlin video production community, festivals are essential, so here are our top picks:

If you’re up for one of Berlin’s most stylish and noteworthy gatherings, you have to check out the Berlin International Film Festival, where you can view films and network with likeminded film-goers. Selling over 300,000 tickets each year, it’s one of the largest film festivals in the world. In addition to films, artists and trendsetters mingle to make connections and make their mark in the film industry. It’s such a large event that it’s broken down into multiple, specific categories, such as international works, art-house and independent productions, films for younger audiences, and experimental and shorts—with multiple theaters to accommodate the number of screenings. A retrospective of Berlin’s historic contribution to film is always a staple.

This festival showcases the best in German independent film. Although it generally takes place while the Berlin International Film Festival is underway, it isn’t associated with it in any way. Here, they screen films in multiple formats, lengths, and genres. This includes music videos, documentaries, and features. Subtitles are offered in English, and some of the films that have been shown here are Armless, an American film that came from the Sundance festival, along with the first-ever German film based on a Stephen King work, You Missed Sonja, and a Swiss music video titled Death by Chocolate.

You won’t need a hot air balloon to attend this film festival—just a will and a way. Open to the public, this is one of the Berlin film festivals that shows mostly feature films, so this will give you the chance to sit back, relax, and enjoy the show comprised of films from 14 different world regions, all independently produced and hailing from world-renowned festivals like Cannes and Rotterdam. Films like Terrence Malik’s A Hidden Life are also screened at this festival.

This film festival is young compared to others, but offers something unique. This festival features a film from a different country (Armenia, Serbia, Croatia, Georgia, etc.) and its cuisine! This is where food and fun meet for a delicious film experience. Who doesn’t like good food while they’re watching a film as part of an audience?

Interfilm is the event where the winning films from the Berlin Short Film Festival are screened, and it’s the icing on the cake: a culmination of hard work, teamwork, and the art of film.

Germany is a popular destination for film fans and filmmakers alike, and attending the Berlin film festivals will keep you busy as you make the rounds, so choose carefully, as you don’t want to miss your favorites.