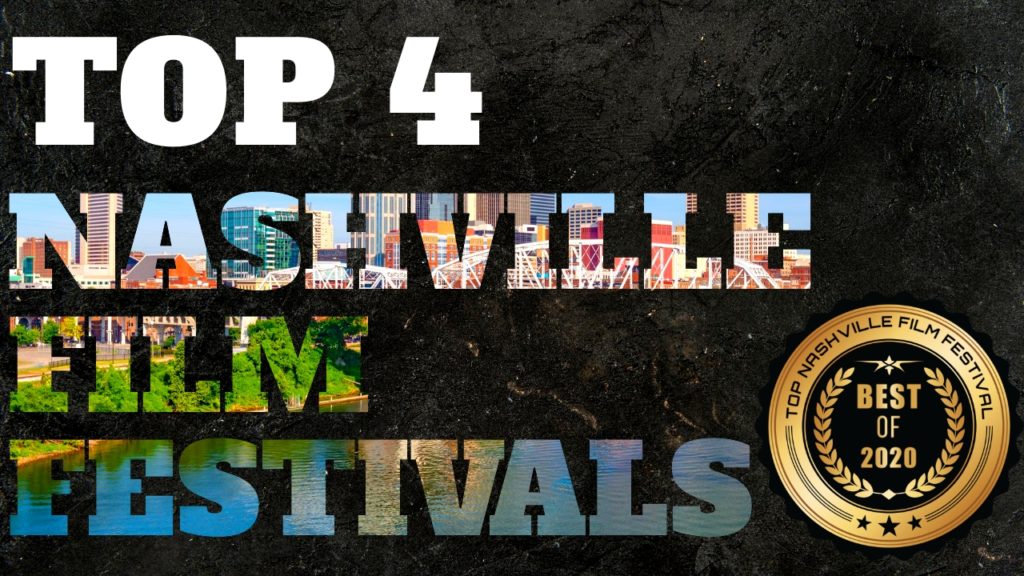 Whether you’re a filmmaker or a fan of film, we have good news. Here are 4 city film festivals in Nashville you can’t miss. When it comes to the Nashville video production community, festivals are essential, so here are our top picks:

The Nashville Film & Music Festival is part of the Southeastern International Film Festival and offers more than just film screenings. It combines film and music in a way that appeals to those who make films, watch films, and for those who do both. If you’re a filmmaker looking to network and expose your films and talent, this is a festival you won’t want to miss. You can expect to watch documentaries, shorts, music videos, and live performances. Besides awards, there are songwriting and acting panels!

At this touring film festival, it’s all about short films, and celebrating adventurous women and their contributions to the world and the world of film. These short films feature the finest women in a variety of fields, from business to athletics, to mothering and storytelling. The film tour will be included in International Women’s Day, come March of 2020. A handful of films will be shown, and there will be a Q&A event and prizes. The fest supports girl’s education and cultural exchange in Kenya. This gathering is all about girl power.

Of the Nashville film festivals, this one is probably the most specific of all. Reel Rock is the niche touring film festival for everything rock-climbing, as well as some related sports. At least two world premiere films will be shown—The High Road, and The Nose Speed Record-depicting the dangerous, exhilarating, and competitive world of climbing. The films are screened at the Belcourt Theater, but you may want to contact the venue for the specifics.

This festival is a film festival with something extra. You can expect to view a slate of horror films that are sure to curl your hair, but on top of that, they have horror celebrities like Texas Chainsaw Massacre’s Gunnar Hansen, comic book events, contests, and vendors. Tickets can be purchased online or at the door. Sounds like a lot of fun! Who says you have to wait till Halloween to enjoy a good scare fest?

As you can tell by this list of city film festivals, Nashville isn’t as modest as one would think, but you won’t know unless you go there! Make plans to take in one of the most progressive cities in the Southeast.